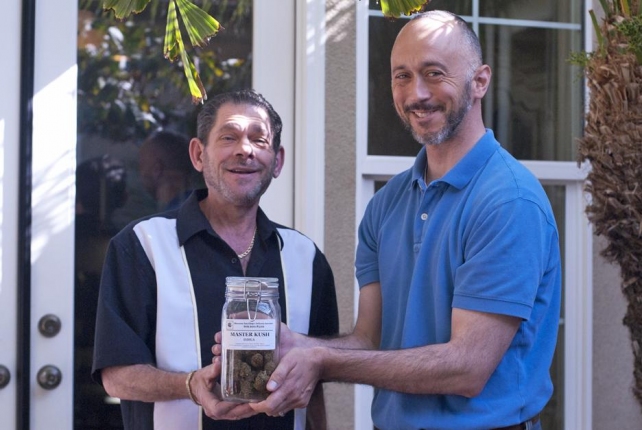 The emphasis in this title is on the words “fully licensed”. Why? It’s simple. Although San Diego has had medical marijuana dispensaries for a long time now, somehow, they managed to operate “against the city’s will” and have been a subject of numerous raids for as long as they existed. Officials are still trying to close the estimated 100 or so illegal dispensaries that have ignored the rules and remained open without approval. In a move that shall be remembered as a turning point for the city, San Diego officials granted its first medical marijuana dispensary license to a company called A Green Alternative.

One of the hottest medical marijuana markets

The owner, David Blair, says he has spent three months waiting for an answer from the local lawmakers. The new dispensary will be the first legal one in the city and second in the county. The move could mark a turning point for San Diego, which has struggled for years with illegal medical marijuana operations while at the same time trying to set up an extensive regulatory system for those willing to work within the confines of the law.

The law requires prospective dispensary owners to go through a permit application process, which can be lengthy, as we see from Mr. Blair’s example. The law also specifies zoning and distances of the dispensaries in order to keep their operations away from residences, schools, churches and the like. Now, as much as we agree with the importance of a comprehensive regulatory system, in this case we can’t help but cringe when we see that dispensaries are still being pushed to the margins, thus portraying the consumption of marijuana as something bad that needs to be hidden from the eyes of the “normal” public. Can you imagine your doctor’s office being “away from your residence”? And what about your local liquor store? Wouldn’t it make sense if we put those as far as possible from children?

The city will allow up to four dispensaries per each city council district, for a total of 30 dispensaries. Just a year ago, a plan allowing for 131 dispensaries throughout the city limits was originally presented to the city council. So what happened with the original plan? It looks like the plan was amended to allow just 30 shops in a bid to limit the size of the industry. What a brilliant idea, considering the estimated number of more than 100 dispensaries currently operating in the city. That will force many dispensaries to close. The new zoning rules that limit dispensaries to commercial and industrial zones, and require them to be at least 1,000 feet from schools, playgrounds, libraries, childcare facilities, parks, churches and other dispensaries – are also not encouraging factors. And dispensaries will not be allowed to have a medical professional on-site. Yes, you read correctly – not allowed to have a medical professional on-site. From the way we see this, it looks like a tug of war game. Hopefully it won’t end up at the expense of patients.