In 1996, Markus Storz filed a patent for the removable valve balloon that he had designed for his Volcano Inhaler; then, in 2000 he filed another patent for the heating block designed for his hot air extraction inhalers. In the same year he set up Vapormed Inhalatoren and began producing and selling the Volcano Vaporizer; one of his first customers was Jürgen Bickel. It reads something like a fairy story, doesn’t it? But this is no fairy story, the company, which was reformed as Storz & Bickel GmbH & Co.KG in December 2002, has gone from strength to strength; so much so that, in March 2005, Storz & Bickel America, Inc opened in Oakland, California in order to offer their many American customers direct and quick sales and repair service.


The Volcano Digit is probably one of the most advanced vaporizers available, representing the finest in German engineering. Of course, this high-end quality doesn’t come cheap but for medical use of marijuana it’s hard to 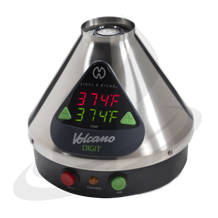 
Volcano Digit Vaporizer in Use: 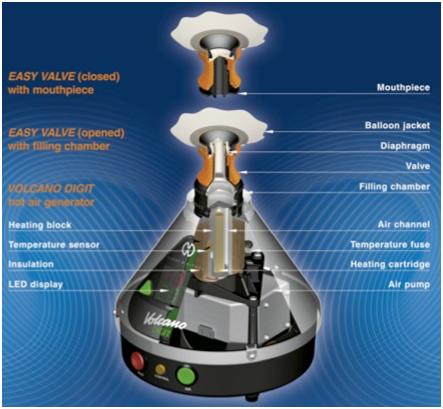 Included with the Volcano Digit Vaporizer


Note: we strongly recommend that you purchase the Easy Valve Starter Set with your vaporizer.


The Volcano Digit is the ultimate in vaporizers and, although it’s pricy, it’s worth it. Because this vaporizer is so efficient it will pay for itself in terms of better extraction (so you will need to use less weed to get the same effect of smoking or other vaporizers).