Did you know that in 2011 the U.S. Food and Drug Administration will redesign tobacco health warnings so that they cover 50 percent of the front and rear of each pack of cigarettes?  Tobacco companies will begin including these updated warnings on their cigarette packaging and advertisements in 2012.  The fact is, smoking is injurious to health – not the tobacco itself but the burning of it.  The same applies to marijuana.  The plant is known to contain many health-enhancing compounds and to be helpful for a number of medical conditions, but burning it, particularly alongside tobacco, produces health-harming toxins.  This is why using the best vaporizer for weed is a sound alternative.

When you use a vaporizer you are heating the cannabis to the temperature needed for the plant to release its essential oils – and no further.  No combustion takes place and you inhale a vapour, or mist, instead of smoke.  Plants release their active ingredients at a variety of temperatures, for cannabis the optimum temperature is 180°C to 200°C.  However there are at least 250 herbs and plants that release heath-enhancing compounds when heated, so vaporizers can be used for more than marijuana!

How do Vaporizers Work?

All vaporizers work by heating your herb of choice; however, there are three ways this can be achieved:

Conduction simply involves placing the herb on a metal plate that is heated to release the essential oils.  The first vaporizers used this method and some of these are still in use today.  It is quite a crude method and, if the temperature is not finely controlled, the contact between hot metal and plant material can lead to combustion and inhalation of smoke.

Radiation is the method you are using when focussing a magnifying glass on your weed on a lazy sunny afternoon.

Most herbal vaporizers in use today use the convection method.

Getting the Best from your Vaporizer

1.   Don’t grind your herb too finely – you’re not competing in a ‘finest grind’ competition.  You’re looking for smallish lumps.

2.   Spread your ground herb evenly in the vaporizer chamber.

3.   Don’t be impatient!  Allow around three to four minutes for the vapor to form.

4.   If your vaporizer doesn’t have an automatic switch-off mechanism, remember to turn it off when you’re done.

5.   Inhaling vapor feels very different to inhaling smoke – you’ll likely think you haven’t had enough and take too much on the first couple of occasions. 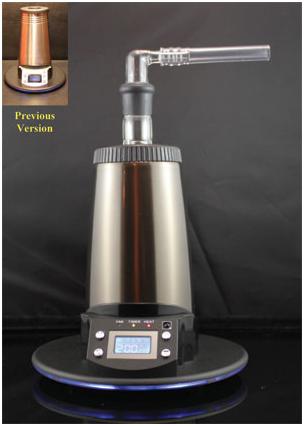