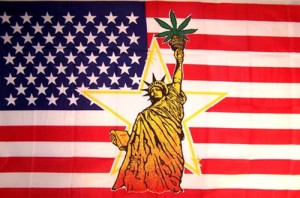 Before a state can be considered as a legalized medical marijuana state there are numerous steps that need to occur. Unfortunately the way the legal system has been set up in the USA means this can be a long frustrating process:

1) First the bill is written, assigned a number in one chamber either the house or the senate.

2) The bill needs to have a sponsor (someone to support the bill). To help push the bill through the system there are often multiple sponsors.

3) Then the bill is assigned to several committees in the chamber.

4) The bill is presented to each committee, experts sometimes testify for and against the bill. Also at this stage the public is encouraged to express their opinions on the state legalization of medical marijuana.

5) After the legislators hear the public testimony and experts they will have a discussion in the committee.

6) Then the legislators vote either:

7) For the bill to proceed to the next committee if it is voted in favour of “Do Pass” or “No Recommendation”. At this stage if it is voted as “Do Not Pass” then the bill is dead and medical marijuana is not on the way to becoming legal in the particular state.

9) Once again is the chamber votes “Do Not Pass” the bill is cancelled. If it passes it moves onto the next chamber.

10) The same voting process occurs with all members having a discussion and then they place their votes.

11) If the bill goes through steps 1 to 10 above then the state Governor either passes the bill. In this case he would sign the bill approving the new state law for legal medical marijuana. Alternatively he vetos the bill (cancels the bill) the proposed bill will not become state law.

12) As you can see the process of passing a new legal medical marijuana state law is a long drawn out procedure. Even once the law has passed it can then take months for medical marijuana doctors and dispensaries to be given their licenses. Then they need to set up their business infrastructure.

13) If the medical marijuana bill is rejected there is still hope. Unfortunately a new bill would need to be drawn up and the process starts from the beginning.

There is a lively discussion at our medical marijuana state laws forum, please have your say.