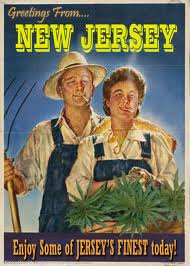 Last week, one of the three state dispensary owners in New Jersey resigned from his position. What’s hiding behind that decision? Well, not much, it’s just that his Egg Harbor facility wasn’t doing what it was supposed to be doing – it wasn’t selling any weed. Who’s to blame for this failing medical marijuana program of New Jersey? One name pops out – Chris Christie. Ever since the program took off in 2009 when the state’s Compassionate Care Act was signed, it hasn’t really seen any development since Governor Chris Christie took over – and that counts five years now.

Medical marijuana business is not sustainable in New Jersey

You’re probably wondering how come the medical marijuana business is not profitable? Bill Thomas, an active voice of medical marijuana in the state of New Jersey who was also the president and Chief Executive at Egg Harbor, New Jersey’s Compassionate Care Foundation, was forced to quit because of the lack of efficiency, according to his words. The guy was working for no pay – or in other words, he was volunteering. The system, which has to support these businesses, seems as if it is not functioning properly, or functioning at all. Thomas complained about the failure to secure investors, poor handling of banking issues and above all, enormous difficulties patients have had on their quest trying to find a doctor who will recommend them for a program. This brings us back to Governor Chris Christie.

Governor prefers sick residents to go to a dealer

Following reports that his state’s medical marijuana program is suffering from a poor engagement business-wise, the Governor, who is a Republican, dared to call the program from New Jersey and all similar programs across the U.S. “a front for legalization”. Let us remember the fact that the first dispensary in New Jersey opened in 2012 with a promise of serving as much as tens of thousands of patients in need of medical marijuana. Fast forward today – there are only 2,342 patients currently in the program. Lucrative, heh?

If you are a Governor Christie, then this means there are no interested patients. He said it’s clear there is no demand. Unlike Bill Thomas from the beginning of this article, Chris Christie doesn’t think the state’s poor handling of the program is to blame: “We are following the law. And we are following a medically based program. But I am not going to allow de-facto legalization of marijuana in this state or regular legalization of marijuana in this state by statute. It’s not going to happen on my watch.” – he said during his monthly “Ask the Governor“ radio show.

“Because when we run a medically based program, you don’t see the demand.” Really, Governor, where is that you didn’t see a demand for a medical program and when was that you saw it was a free program? Was it in the U.S. where pharmaceutical companies make billions of dollars? If this guy wasn’t supporting online gambling we wouldn’t have said a word. OK, we would have – but you get the picture anyway. If doctors can’t give out cannabis prescriptions more freely, patients are forced to go to dealers. We can only hope that soon the Governor or someone close to him will realise things don’t work the way he preaches and that New Jersey patients won’t be left alone in this barely-functioning bureaucratic dystopia. 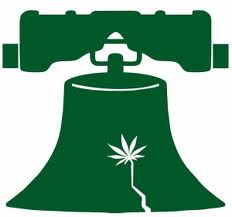