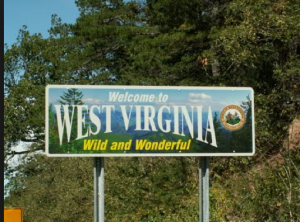 We all know that California continues to serve as a bad example in terms of marijuana legalization. Poor regulations have causes numerous dispensaries to shut down. Most of the states that are planning to legalize medical marijuana are now focusing strictly on those regulations. Nobody wants another California on their hands. This is one of the reasons the first medical marijuana bill that was introduced in West Virginia failed. However, this time, House Bill 2961 along with the House Bill 2230 just might see the light of day as they have been introduced to the House Health and Human Resources committee by Mike Maypenny. Mike is also responsible for that first failed bill which, in his own opinion, was a bit too rigorous on the doctors who were handing out medical marijuana prescriptions. This time, the bills is written in a much more approachable language and unlike the first time, it has eight Democrats that are willing to co-sponsor it.

In fact, after talking to a number of his colleagues, Mr. Maypenny received widespread support. Even some of his colleagues who didn’t want to be on the bill said that they would support it came up on the floor. However, if the bill passes, medical marijuana patients will be allowed to carry up to six ounces of medical marijuana. In addition to that, a patient could grow up to 12 plants indoors. Inevitably, five Compassion Centers and at least six medical marijuana dispensaries would have to be open across West Virginia. The biggest difference with the previous bill lies in the fact that doctors handing out prescriptions are much more legally protected now than they were before. However, there is one more interesting fact about this particular bill. For instance, lets say you were a medical marijuana patients who lives in Washington and decided you want to travel to West Virginia yet still be able to consume your medicine when you get there. Well, if this bill passes, you will be allowed to do that without being prosecuted or arrested. Yes, you would be treated like a normal citizen, wouldn’t that be great?

Pills Instead of Weed?

This Bill will soon see the light of day in the House of Health and Human Resources, presided by Don Perdue. Now, Perdue is not you everyday character and he has some reservations about the cause since he was quite vocal about his opposition of tobacco as it provably caused lung cancer. Obviously, he’s not a big fan of inhaling  and claims that maybe it would be best for marijuana to be distributed in pill form. However, that would leave the door open for the pharmaceutical industry and we all know how that ends up. Plus, patients wouldn’t be able to grow their own so we believe it would be better to just hand them vaporizers and be done with it. What do you think? Would you allow for marijuana in pill form?