Washington: You CAN be Fired for Using MM at Work

On Thursday, 9th June, 2011 Washington State Supreme Court legitimised the right of employers to dismiss employees found to be using cannabis, medical or otherwise. The court decided that the Medical Use of Marijuana Act does not override employment law; fail a drug test at work, even if you are a registered medical marijuana user, and you can be fired. And that is irrespective of whether or not your marijuana use has any impact on your work performance.


This is a case that has been rumbling on since 2006, when a woman was fired from her job for failing a drug test; she used marijuana to relieve her incapacitating migraine attacks.


The woman told her employee, Colorado-based Teletech Customer Care Management, that she used marijuana prescribed by her doctor for debilitating migraines. She then took the drug test required for all new employees of the company, and failed. She was fired a week later.


In explaining the reasons for their judgement, the court wrote:


“We hold that MUMA does not provide a private cause of action for discharge of an employee who uses medical marijuana, either expressly or impliedly, nor does MUMA create a clear public policy that would support a claim for wrongful discharge in violation of such a policy.”

The irony of the case is that, without her medical marijuana, the woman would not have been able to work; in fact, it was using cannabis that made her well enough to seek work.


“This case, along with many others, shows that the act is in need of legislative review.” 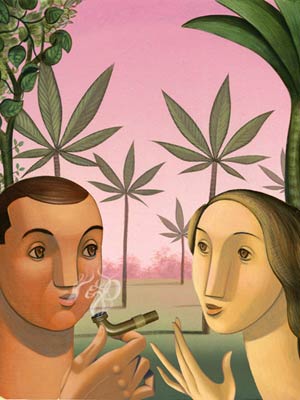 How to Get a Medical Marijuana Card in Montana

How to Get a Medical Marijuana Card in Montana