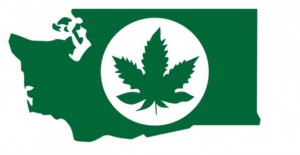 If taxes on recreational marijuana increase, two markets would emerge, one for medical and one for recreational marijuana. According to Rep. Reuven Carlyle, that’s not good. We should be working towards a single market, one that will satisfy the needs of both types of customers. If we turn towards a dual market, we might see another failure in regulation implementation.

A set of regulations is also being prepared for cultivators of this wonderful plant. It will be determined who can grow, sell and process the drug via specific licenses. Of course, the state vs. federal law discrepancy won’t just go away if we keep ignoring it. According to the federal government, marijuana is still in the same class as heroin and that’s our reality. U.S. officials are currently scratching their heads because they have no idea what to do with Colorado and Washington even though they have legalized medical marijuana in 2000 and 1998, respectively.

At the moment, there are no taxes imposed on marijuana in Washington so the entire distribution of marijuana is non-taxable. There plenty of stores in Washington who are selling marijuana at this time and for now, they manage to co-exist in the grayest possible area in the country. Taxing only recently emerged as an idea that hasn’t fully taken shape yet. However, that is about to change very soon. There are plans to tax recreational marijuana with 75%, on top of existing sales tax. As we mentioned before, most pot users are recreational users and they will most likely turn to medical marijuana is they impose 75% on recreational use. It’s a no brainer and should be seriously taken into consideration at this point of drafting future regulations.

State officials and medical marijuana advocates are proposing to limit medical marijuana only to patients but for that to work you would actually have to obtain a patients’ registry, something Washington still has not put together. Since the actual sale of taxable recreational marijuana won’t happen until 2014, the Washington State Office of Financial Management predicts $532 million dollars will be generated in 2015 from weed alone. Imagine what the state could do with that extra money? It’s great to see things finally turning around. However, many critics believe that if medical pot remains non-taxable and thus, significantly cheaper, the profits won’t even be half as projected.

The good people over at the Liquor Control Board (the agency responsible for implementation of regulations) are also worried that taxing recreational marijuana with 75% would only give a significant boost to the sale of medical marijuana and Washington isn’t exactly known for strict regulations regarding the latter. So far, the dispensaries that provided patients with medical marijuana were doing it in the form of donations. They weren’t selling the stuff but were acceptable to $10 donations for a gram of weed. That’s how loosely the industry was regulated in Washington. It seems that it’s much easier, and obviously more appropriate, to shut down dispensaries in California than it is in Washington.