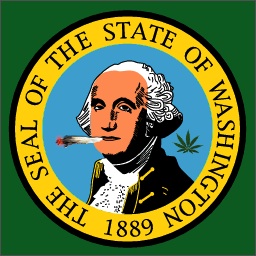 A funny thing happened in 2012. Washington legalized marijuana. In line with Colorado, we expected that things will go smoothly and Washington would be able to learn a thing or two from Colorado, specifically on how to implement marijuana regulations. That obviously didn’t happen and Washington has been struggling ever since 2012. Now, the Senate Bill 5052 is causing concern because it says kids could face a felony conviction if caught with weed. Just recently, a prosecutor charged three teenagers with possession of marijuana. Now, usually, this would be viewed as a misdemeanor with the possibility of three months jail time.

However , according to the Bill 5052, the teenagers were almost facing 5 years in jail because the whole thing has been classified as a Class C felony. Luckily, the charges were reduced to a misdemeanor but the wording of the law is still questionable. It’s like it was intentionally written to put teenagers behind bars. Senator Ann Rivers, who sponsored the law in question, stated that the wording was specifically harsh in order to scare the youth to stop using cannabis. Time will tell whether that scare tactic will work or not. In our opinion, it will definitely backfire.