Next year the Tennessee state legislature may look at whether medical marijuana should be available in the state and have agreed to call on state health, agriculture and law enforcement officials to study the issue and report on it no later than February 15.  Brilliant – until you learn that the committee did not approve any additional funding for the study, meaning that it will be up to the state’s Board of Pharmacy to decide whether to take up the issue.

If they do decide to move forward on this, the study could set up a debate over medical marijuana next year.

The vote to approve came after several lawmakers on the committee expressed qualms over a bill sponsored by state Rep. Jeanne Richardson, D-Memphis, that would have made it legal for people suffering from serious illnesses or debilitating conditions, such as severe nausea, pain or seizures, to receive prescriptions for cannabis.

Activist, Bernie Ellis, who wrote the bill and presented it the legislature was cautiously optimistic and said he was pleased with the February deadline.

It is estimated that 25,000 Tennesseans use marijuana to deal with chronic conditions or the side effects of diseases such as cancer, AIDS and multiple sclerosis.  Currently, of course, their use of the drug is illegal and Ellis’ bill is designed to bring these users the reassurance of knowing they will not be prosecuted for using their medication of choice.

Skeptics are not convinced, however, saying there has not been enough research on medicinal uses of weed.

Family medic, Rep Joey Hensley, said “We don’t know how to prescribe it.  We don’t know what doses any problem needs. Any other drug, we have a certain dose, a certain time to use it, a certain way to use it. There’s just a lot of issues with marijuana I see as a physician who’s prescribing other medications.”

The study was agreed as a compromise.

Given such resistance, supporters of medical marijuana have abandoned their plans to pass legislation legalizing it in favor of the study group led by the Board of Pharmacy.  Among others, this board would include representatives from the Board of Medical Examiners, the Tennessee Bureau of Investigation, the Tennessee Sheriffs’ Association and the Department of Agriculture.

Richardson thinks that, with a certain amount of cajoling, the board would be able to learn from the experience of states where medical marijuana has been legalized.  However, Hensley said later that he doubted the group would make much progress.

States where it is legal to use marijuana 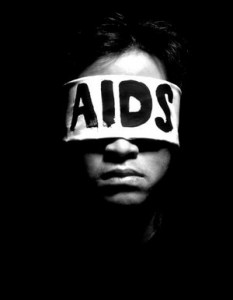