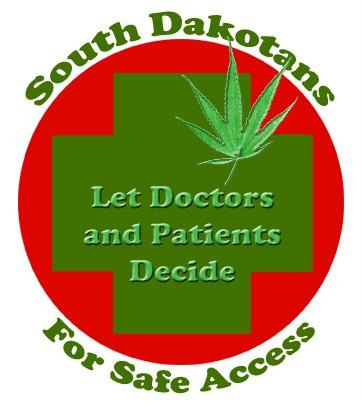 Every now and then, a medical marijuana story pops up and it’s almost incredible when you hear about it, let alone witness it. For the residents of South Dakota, this is one of those stories. You see, most people in South Dakota are not big fans of marijuana, albeit for medical or recreational purposes. They just believe there are other medical alternatives less harmful than medical marijuana.

For that reason, all marijuana bills have failed to come to life. There was one in 2001 that didn’t even make it through the first hearing. The legislations which were up for vote in 2006 and 2010 also failed because South Dakota voters simply don’t see the benefits of medical marijuana and therefore voted ‘no’. One of the most zealous advocates of medical marijuana in South Dakota was Tom Hennies, a former Police Chief who unfortunately died in 2009.

A New Measure Is On Its Way

With no one left to fight for them, medical marijuana patients don’t have it easy in South Dakota. If they are caught consuming or buying marijuana for medical purposes, they are trialed, fined and jailed. At the moment, there are 19 men and 2 women serving time in South Dakota exclusively because of marijuana offenses.

However, a change may be on its way. Two legislators are being quite proactive about bending SD laws on medical marijuana. One of them is Dan Kaiser and the other is Sen. Craig Tieszen. Both of them earned their stars and stripes in the line of duty, while the latter has retired from being a policeman. The big deal about their effort is not the fact that they are trying to legalize medical marijuana in South Dakota because they aren’t doing that. What they are trying to do is support a measure, which would give a medical marijuana patient a better case in court.

In example, if you are a medical marijuana patient and you get caught a with a certain amount of marijuana, by the time you get to court, your nightmare is not nearly over, its about to begin. In court, there is no admissible marijuana evidence, arguments or cases from which medical marijuana patients could benefit from. You are not even allowed to bring in an expert who could explain the benefits. Why? Well, because its illegal that’s why and there is no expert in the world that would be allowed to dispute that.

However, with the measure Tieszen and Kaiser are trying to push through, medical marijuana patients would have a far better chance in court. They would have a reasonable shot at explaining their case more thoroughly as they would be able to bring in an expert, show their disease or illness and explain how medical marijuana eases their pain. Since cannabis would still be illegal, marijuana that would be found on them at the time of their arrest would be confiscated. All this is a far cry from actual legalization but in our opinion, every step that would make the life of a medical marijuana patient easier is definitely worth the trouble.