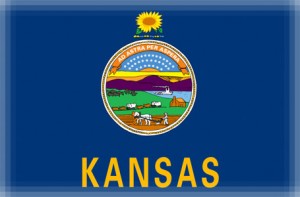 Is the legislation doomed to fail?
You know what they say, its not over until the fat lady sings. Or, in this case, until there are no more puffs to give. Kansas is currently facing the possibility of legalizing medical marijuana for patients who are in dire need of that particular medicine. However, considering the fact that the last three medical marijuana legalization attempts failed miserably, everybody is just assuming that’s how this one will go down as well. Sen. David Haley, the leading advocate of medical marijuana legalization in Kansas has taken the reigns in this cannabis battle.

The bill, if passed, would work wonders for patients in Kansas. For instance, people who are suffering from Hepatitis C, HIV/AIDS would qualify for a medical marijuana card, as in other states that have cannabis classified as a medicine. This, of course, sounds great because patients would no longer be in jeopardy in terms of ending up in jail or paying a substantial fine. At the moment, in Kansas, those who need weed the most get fined and jailed the most as well.

You see, if you get caught with a modest amount of marijuana intended for personal use, then you just might find yourself fined and jailed up to one year. If you repeat that offense again, then be sure to cough up about $100,000 in fines and about 4 years in jail. If you are caught cultivating more than 5 plants, make sure you don’t make any plans for the next decade or so because you’ll end up doing more than 12 years in prison.

Sen. David Haley is both optimistic and disappointed

In Kansas, it doesn’t matter weather you’re a medical marijuana patient or just a regular recreational cannabis user – the repercussions are the same. That’s what Sen. David Haley is trying to change. However, he is not facing that much support among his peers. Haley is quite vocal about this stand, as he believes this is a public safety issue, not a political one. Although we agree with Haley on the public safety issue, we still believe that its impossible to neglect the fact that medical marijuana has inevitably become a political issue.

In a recent statement received from Sen. Haley, he said he was quite disappointed with the blokes that are handling the Kansas bill, mainly because he tried to push the same bill last year but failed. What he is hoping to achieve, regardless of the fact if the bill passes or not, is a complete re-education of the locals because he believes the stigma should be lifted from medical marijuana and patients should be able to enjoy it in order to ease their pain.