Harrisburg, Pennsylvania – A House committee considering a bill entitled the Compassionate Use of Medical Marijuana Act. Thus did the Pennsylvania legislature dip its toe into the roiling waters of the legalization debate for the first time yesterday. 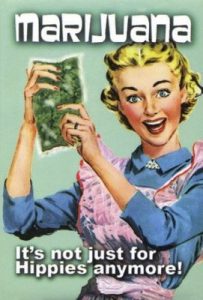 The sponsor, Rep Marc Cohen (D. Phila.), said he hoped the testimony would “alter the outdated view of what should be another treatment option for many Pennsylvanians living in pain and discomfort.”

This bill is modelled on medical marijuana laws in other states, and would create a registry of patients who could buy marijuana for medicinal purposes;  they would require doctors’ supervision and authorization.  State-licensed “compassion centers” would be able to grow and sell marijuana.

“The time has come,” Cohen said, “for Pennsylvania to join 13 states that allow patients suffering from cancer, glaucoma, HIV, or other physically painful diseases to treat their symptoms and alleviate their suffering with this proven health-care option.”

Remarkably, Cohen has only six cosponsors out of 203 members in the House. In the Senate, the majority Republican caucus has no plans to take up the issue even if the House bill passes, caucus spokesman, Eric Arneson, said.

The hearing was yesterday before the Health and Human Services Committee which came at a time when many states have considered or enacted legalization laws. The Obama administration has halted raids on medical-marijuana dispensaries, which is a marked shift from President George W Bush’s drug policy. Attorney General Eric H Holder Jr  has said his prosecutors will not go after people who comply with state medical marijuana laws.