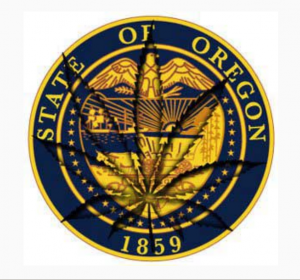 Colorado and Washington continue to serve as excellent examples to other U.S. states in regards to legalization of marijuana not only for medical purposes but for recreational use as well. The consequences of legalization of those two states will definitely be felt in the years to come. For instance, in the past year there was only one bill pending legislation while today, in 2013, we have a total of 7 bills pending legislation.

Why the sudden change of climate in Oregon?

What is really interesting about this entire case is the article that came out in The Oregonian, a newspaper that is not necessarily known for advocating the use of cannabis, albeit for medical or recreational purposes. Hell, for a while the newspaper even promoted an anti-cannabis policy. Luckily, that didn’t last long. So when the article came out, everyone was amazed by its reasoning and the way it presented cannabis from an entirely different perspective. True, the article concentrated mostly on money that could be earned from taxing and regulating weed, rather than its medical benefits. But so what? It’s a step in the right direction and the consequences of legalizing weed could be incredibly valuable for the entire community. By the way, Washington and Colorado are reaping those very same benefits at this very moment. The money that would go into the state treasury would be then used for education, public safety, health services, etc. Plus, recent research has shown states that legalized marijuana have marked a decline in overall marijuana use.

So, what are Oregon’s plans exactly?

Well, for one thing, House Bill 3371 would help in regulating the use of marijuana for recreational purposes for adults so that would consequently prevent weed from coming in the hands of children, which is probably the first step that should be regulated in a legalization climate such as this one. The second thing is that you would be allowed to posses up to 24 ounces of usable marijuana. If you’re an avid gardener by any chance or if you prefer indoor growing, it would be OK for you to grow up to 6 plants. The Oregon Liquor Control Commission would be responsible for implementing the measures regarding recreational use of marijuana. They would specifically focus on taxation, checking marijuana ID cards and keeping weed out of children’s reach.

The climate and timing for this particular bill couldn’t be better since Washington and Colorado now serve as positive examples of a successful marijuana legalization effort. The money would be put into good use and literally everyone could benefit from it. What is a bit weird, on the other hand, is that The Oregonian didn’t continue to report on the House Bill 3371, yet they are the ones who got the ball rolling in the first place. Could it be that they panicked a bit? Are they holding back until the dust settles? However, if this goes in the direction we’re expecting it would, the dust won’t be settling so soon – and that’s a good thing! 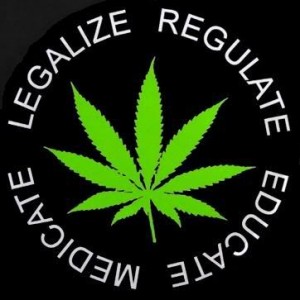