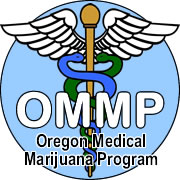 Oregon just found itself amidst a booming medical marijuana industry and like any rookie; it’s a bit lost among the new crowd. There are 53,000 registered medical marijuana patients in Oregon and that’s a crowd you cant really let down on a major scale. All of these patients are free to walk into a medical marijuana dispensary, obtain the drug and consume it as they see fit. However, the loophole is in the states medical marijuana system, which seems to be highly unregulated and the drug traffickers are taking advantage of that. Additionally, the patients are not that pleased either because it seems that the current conditions are making it impossible for them to obtain their medicine.

So, in order to fix those problems, Oregon has decided to take action. Supposedly, the lawmakers in Oregon are on a mission to push a bill that would regulate and monitor medical marijuana retailers. For instance, if you were thinking about owning and operating a medical marijuana dispensary, you would be required to go through a criminal background check and precisely document the amount of marijuana that comes in and goes out of your dispensary; something like weed book-keeping if you will. Additionally, you would also have to confirm the origin of that marijuana (i.e. where exactly was it grown and who by). One of the best things about this bill is the fact that marijuana would have to go through an impurity inspection in order to determine if there are any additives in it that shouldn’t really be there (like left-over fertilizer, chemicals, glass, etc.)

The Difference Between Oregon & Colorado Regulations

The Bill 3640 would differ from Colorado’s regulations in the sense that Oregon as state wouldn’t really benefit financially from the sale of medical marijuana through dispensaries, collective or any other medical marijuana retailers. The only cost that would be covered by ‘weed money’ would be the cost of implementing the program. As most of you probably know, medical marijuana has been legal in Oregon since 1998. However, due to unclear laws and regulations, most of the businesses that retail medical marijuana aren’t that sure they’ll still be operational tomorrow. In fact, most of the people who are responsible for implementing laws in the state (i.e. prosecutors and police officers) aren’t that sure what goes down in pot clubs, dispensaries and cafes. In reality, they have no idea how much cannabis moves in and out of those venues. We are still pondering how can that be possible considering the fact that there are 53,000 registered medical marijuana users. Surely, when they buy weed they have to present their ID to the seller, right? Right?

Enough Marijuana For Everyone

Tim George, a police chief in Medford, claims that the new regulations wont really affect the black market. He also stated that there is so much marijuana in Oregon, people are practically “swimming in it”. Despite the fact that Oregon has a medical marijuana program that was specifically designed to meet the patient’s needs, it seems that in practice the entire idea doesn’t work so well. For instance, those who can grow marijuana don’t really feel like it or the facility they live in doesn’t allow them to cultivate it. Finding a caregiver that would cultivate marijuana for them is a pretty difficult task. What do you think about the House Bill 3640? 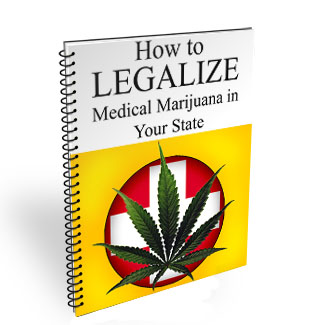