Ohio, One More Joins The Ranks of Legalized Marijuana States! 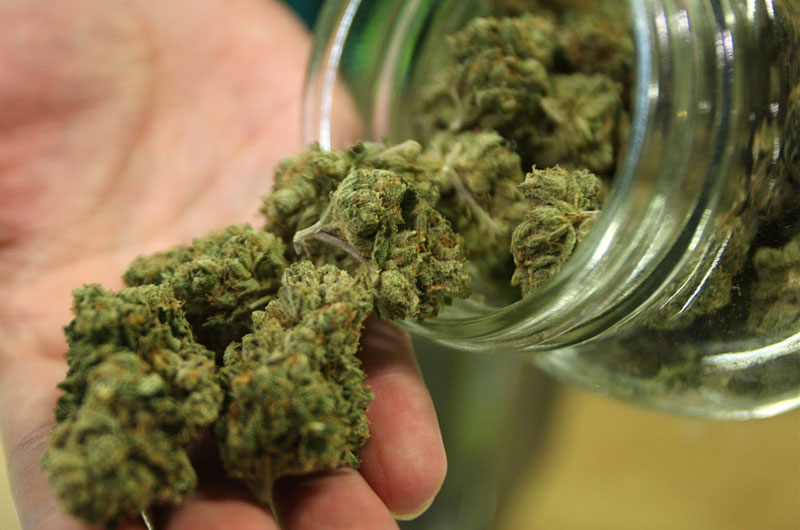 Ever since the implementation of the Medical Marijuana Control Program began following the House Bill 523, which allowed the usage and consumption of Marijuana for medical purposes to be validated in certain states, it has been stirring up quite a commotion and has been facing a lot of controversy.

While it took some time for the Marijuana legalization act to catch up with the mainstream crowd, it still had a very strong foundation of supporters from the very beginning which helped it catapult itself into the limelight and allowed the previous 24 states of the US to have Marijuana usage officially legalized to some extent.

Thanks to this steady stream to uprising voters, Ohio has now joined the ranks of the these Marijuana Legalized states, which now stands as the 25th state to be approved by the legalization act.

Drum rolls and salutations to Columbus Gov. John Kasich for signing the plan of making Medicinal Marijuana legal in the state. With that being said, lets now jump inside a little bit and explore the details in a much in-depth manner!

The fact should clearly be understood that this is just the initial stage of a very long running process and Marijuana sellers won’t just set up shop right away. It has been estimated that for the Medicinal Marijuana commerce to fully hit the public market and attain a good level of penetration, it’s going to take at least until 2017 or early 2018. Why?

Well, As of 6th September, the Department of Commerce will be given 8 months to set up all the rules and regulations which are needed to be abided by the Marijuana cultivators, only after which they will be able to start cultivating and produce a steady supply flow for the medicinal Marijuana dispensaries. Not only that, the doctors will only need to apply to the Ohio State Medical Board for the attainment of an Medical Marijuana certificate to operate legally.

This is actually really good news for citizen who has been suffering from potentially incurable diseases such as AIDS, amyotrophic lateral Sclerosis, Alzheimer’s disease, Parkinson’s disease, Spinal Cord Diseases and also some very sever forms of Cancer. The effectiveness of using Medicinal Marijuana as an alternative method of treatment has been well established throughout the recent years, and this legalization act will truly give such patients a chance to get more exposure to this form of alternative treatment.

If you are unaware, then you should know then even as patients you won’t be allowed to simply barge into a therapist’s office and demand Medicinal Marijuana. While the doctors will have to apply to get a Medical Certificate, you too will have to apply to the Physicians who are certified by the State Medical Board Of Ohio to get a recommendation that will allow you to get a legal card, bestowing upon you the permission to be able to possess and use a small amount of Marijuana for medicinal usage.

On the topic of usage, bear in mind the law in question does not fully open up the whole city as a playground for recreational users of Marijuana.  Under this particular law, you will be allowed to use Marijuana in the form of Vaporizers or Edibles and Oil for health purposes, but the smoking of Marijuana for recreational purposes is still strictly prohibited. This was taken in order to ensure that citizens don’t start to abuse the legality provided by this law.

However, there still remains a loophole in the whole system regarding its effect on employers/employee. Regardless of the hefty amount of opposition procured upon from the Democrats, this law will still allow Employers to fire their Employees even if they are only exposed to Marijuana which were recommended by their personal physicians and the employers won’t have any rights to ask for an unemployment compensation if they were fired  for the said reason.

Now with the basic laws out of the way, for citizens who were hoping to be able to vote for the legalization of Medicinal Marijuana in the upcoming elections which are to be held in November, the news is a little bit disappointing.

Several groups had actually tried to pass a proposal on the fall ballot but apparently the Marijuana Policy project had a big part in rejecting the proposal in just three days after the senators had passed the bill. They claimed that such an effort would be extremely costly and with an unpredictable outcome during a presidential election year.

In a statement made by Brandon Lynaugh, the campaign manager for Ohio Medicinal Marijuana proclaimed that

“ (T)he reality is that raising funds for medical marijuana policy changes is incredibly difficult, especially given the improvements  made to the proposed program by the Ohio general Assembly and the fact that the Governor is expected to sign the bill”

Despite this minor set-back, with Ohio becoming the 25th state to be legalized for the usage Medicinal Marijuana, US now stands as being the only country with almost half of its states legalized for Medicinal Marijuana usage which not only is a great sign of optimism for thousands if not millions of people to get a chance to bring back their normal life, but also a great leap forward commemorating the success of this overall campaign.