Joshua Cook lives in North Carolina, although he hails from South Carolina.  In 2006 he enlisted with the Army National Guard and served as a military policeman in Iraq.  It was during this time, while conducting room raids and providing convoy security, that he started to have seizures.  Cook is quick to point out that he was never near any major explosions.

After receiving a medical discharge, Joshua was prescribed a slew of drugs that either made him sick, caused headaches or simply didn’t prevent his convulsions. As the seizures caused this National Guard veteran to hit the ground with hands clenched spastically into fists, torso contorted and shaking uncontrollably, it was vital that he find some sort of relief. That was when he tried marijuana.

“Nothing had ever worked. At one point, I was having six or seven seizures per week. Once I started smoking weed, I didn’t have a seizure for seven months.

I’d never done any (recreational) drugs before; I always looked down on people who did drugs because I thought it made them look stupid.”

Speaking of the thin marijuana cigarillo, or small ‘blunt’ he smokes when he wakes up each morning, Cook says, “Two to three times per day keeps me good.”   Consequently, he smokes a second blunt in the late afternoon, and sometimes a third just before bed.

Cook is one of many North Carolina residents who hope their illegal use of marijuana might soon become acceptable in the eyes of the law. N.C. Reps. Kelly Alexander Jr. and Nick Mackey, two Mecklenburg County Democrats, are co-sponsoring legislation that would make North Carolina the 15th state in the nation to legalize the medical use of marijuana.

House Bill 1380 would legalize marijuana for people diagnosed with debilitating conditions such as cancer, multiple sclerosis and rheumatoid arthritis, who are prone to symptoms such as nausea, pain or epileptic seizures. Producers and dispensaries would be licensed to grow and distribute it.

When the General Assembly reconvenes for its short session in May, the bill’s sponsors hope to give it some traction. It is now in the House Committee on Health, whose membership includes three Gaston County Republicans: N.C. Reps. William Current, Pearl Burris-Floyd and Wil Neumann.

Supporters of the bill say medical marijuana use is becoming more prevalent in North Carolina and Mackey hosted a town hall meeting at UNC Charlotte last week where users described how the long debated drug has reduced their pain and suffering.  Sadly, Joshua Cook wasn’t able to attend, but says he fully supported the spirit of the gathering.

Fourteen states now allow the use of medical marijuana, though few deal with the supply. Under the proposed legislation, North Carolina would actually license growers.

Sponsors say the bill eventually would raise $60 million a year through taxes and licensing fees, which could come in handy in a bleak economy. Critics question how much of that revenue would be eaten up by higher law enforcement costs for preventing abuse of the system, such as what has been seen in California.

The three Gaston County representatives on the House Committee on Health say the bill will face long odds this year. When the bill emerged last summer, Burris-Floyd and Neumann both said the U.S. Food and Drug Administration would have to approve marijuana for medical use before they would consider an exemption to the state’s cannabis ban. And their opinions haven’t changed.

“The FDA is the gold standard for approval of medications in this country,” said Burris-Floyd. “If they’re not going to stand behind it, it tells me there’s not really a sound, consistent basis for what some of these (medical marijuana) proponents are saying.”

The potential medical use of marijuana was discounted by the FDA in a 2006 review. That went against a 1999 study from the National Academy of Sciences’ Institute of Medicine that found the drug “moderately well suited” for treating certain conditions.

Current said he doesn’t have enough facts to form a firm opinion yet. But the prospect of a windfall in revenue will have no influence on his stance, he said.

“What we need to do is ask if this will help people,” he said. “I would make my decision based on whether it’s good for the majority of the people to have this medicinal drug available.”

Neumann said most voters, and therefore legislators, are focused on improving the economy and creating jobs right now.

“I don’t get the feeling that there are a lot of legislators who want to deal with it right now,” he said. “They’re asking us to take an illegal product and modify it, and I really feel like that should be a medical issue.”

Cook said he’s been honest with doctors about his alternative remedy. On another visit to the VA hospital last month, a physician prescribed him with Depacote. He said he began taking the prescription and cut off his marijuana usage, and within a day and a half suffered his first seizure in more than seven months.

His girlfriend held his head and comforted him during the painful, 10-minute ordeal.

“I can hear you talking to me and see you,” said Cook, describing what a seizure feels like. “I just can’t control myself.”

In January, on two separate occasions, Cook was charged with possession of up to a half-ounce of marijuana and possession of drug paraphernalia. He is scheduled to appear in court in March on the four misdemeanor charges.

Cook said he cannot get a driver’s license due to his history of seizures. He is unemployed and fears his job options may be limited if he continues to smoke marijuana, due to the prevalence of drug testing. He has begun to feel more depressed about his future options.

“It seems like when I came back (from the service), life became more of a hell for me,” he said.

But he said avoiding the pain of seizures is more important right now than abiding by the law.

“I’d rather keep smoking and be persecuted then to keep having seizures,” said Cook. “I’m tired of being discriminated against just because I need this medicine.” 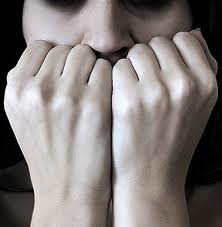