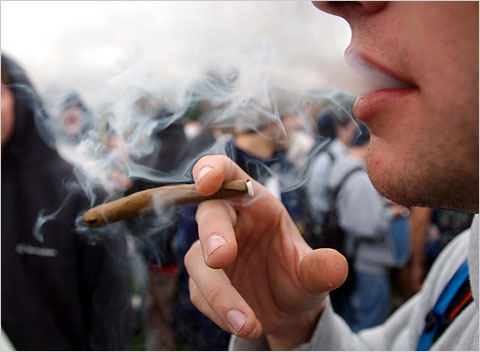 The future of marijuana in America seems to be very bright at the moment. Considering the success Washington and Colorado are having with their legalization efforts, it was safe to assume that more states will follow that up shortly. Nobody should expect a big marijuana legalization wave to sweep across the country but keep your ears and eyes open since this revolution will be taken in baby steps. One state that is currently taking small but determinant steps towards legalization of medical marijuana is the state of New York.

Governor Cuomo was not keen on legalizing medical marijuana but he just recently changed his mind. There are a lot of influential people having a change of heart over legalization of marijuana. If you remember, it wasn’t that long ago that Sanjay Gupta had a sudden change of heart as well. We are positive the lobbyists are doing their best to provide some positive reinforcement for those who need it the most and for those who are most influential of course. However, don’t worry. It’s not like Cuomo took a full 180 degrees and decided to make marijuana legal for recreational purposes.

So, no, you won’t be seeing marijuana clouds covering the Empire State building very soon. In fact, you won’t even be allowed to grow the stuff at home, regardless of the fact that its intended for medical purposes. Also, if you’re thinking about importing a tiny bit of marijuana, let’s just say that, legally – it’s not going to happen. Those institutions allowed to distribute medical marijuana will be limited and monitored. To cut a long story short, you won’t be able to just walk into the hospital with a strained back and shout out your rights demanding medical marijuana. That’s right, that shit won’t fly. You will have to be diagnosed with either cancer or glaucoma.

As you might have guessed from pretty much everything that was mentioned above, this is not going to be another happy legalization effort in the vein of Colorado and Washington. However, things are moving forward which, to be honest, we were sort of expecting for New York. And, we’re also quite keen of the fact that NY is taking baby steps instead of rushing into another legalization reefer madness like California did more than two decades ago and we all know how that turned out. If the plan does go through and New York legalizes marijuana for medical purposes, not counting the District of Columbia, it will become the 21st state to do so making the U.S. almost 50% green. Even though New York comes off as a liberal state, it was safe to assume things won’t go as smoothly as Colorado and Washington simply because New York presents a sort of a tipping point for the entire country.