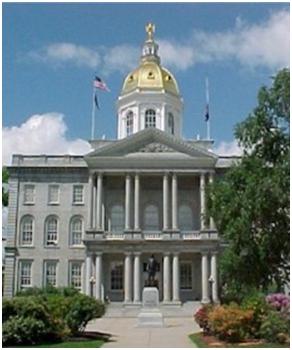 Last year, 2009, just two votes prevented the use of medical marijuana becoming legal in New Hampshire; this despite a veto by Governor John Lynch. In an attempt to address Governor Lynch’s stated concerns, Bill HB648 was rewritten, but he vetoed it anyway.


Governor Lynch was not comfortable with allowing seriously ill patients and their caregivers to cultivate marijuana in private homes. The amended bill disallows the cultivation of marijuana by patients. The revised HB648 calls for the formation of a regulated system of distribution with just a few not-for-profit compassion centers. Numerous safeguards against diversion are incorporated.


The bill was amended to address Governor Lynch’s concern that both patient and caregiver could cultivate marijuana – now neither party can cultivate it (see above).


Provisions for DHHS to Do Background Checks


Governor Lynch was concerned because he felt the bill did not specify that the DHSS could perform background checks to ensure that caregivers had no previous drug-related convictions. The revised bill requires potential caregivers and compassion center staffers to submit fingerprints and to require state and federal criminal records checks.


Gov. Lynch was concerned about funding for the medical marijuana program. HB 648 provides that the department must set registry fees at an amount that will cover all of the program’s costs. The department will also set fees for patients, their caregivers, and staffers of compassion centers.


The Definition of Debilitating Medical Condition


To address the Governor’s concern about qualifying medical conditions, the definition of qualifying conditions now encompasses specified chronic or terminal illnesses or diagnosed medical conditions that include specific enumerated serious symptoms. This definition is as limited as it can be without leaving out seriously ill patients in dire circumstances who could find relief from medical marijuana. Diagnosed debilitating medical conditions causing severe pain would only qualify if they had failed to respond to other prescribed or surgical means for three months.


Language was added to specify that the provision designed to prevent any subversion of the law does not prevent the sharing of information if there is probable cause to believe that the person is distributing marijuana to anyone not allowed to use it, or where the primary offense is unrelated to marijuana.


Governor Lynch’s concern regarding non-discriminatory language was addressed by expanding and clarifying on this point. In addition to verifying whether an ID card is valid to law enforcement, HB 648 was amended to provide that the department would verify a card’s validity to employers, landlords, health care professionals, and court and administrative hearing officers who are presented with a patient card.


Do Landlords Have to Allow Patients to Grow or Smoke Marijuana?


This is no longer an issue as the amended bill disallows cultivation of marijuana by patients or their caregivers. In addition, language was added to provide that landlords who forbid smoking can include in the policy smoking of marijuana, and that those patients instead would be allowed to use smoke-free vaporizers or marijuana edibles. 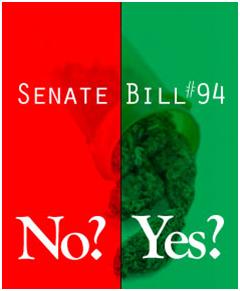