Michigan’s medical marijuana law provides that either a registered or unregistered patient can assert an affirmative defense. A person who has received a certificate from a physician confirming the existence of a medical condition that will be helped by the use of marijuana, and who possesses a reasonable quantity of the substance, whether that is as growing plants or usable marijuana, can assert the defense by filing a motion to dismiss.


As to reasonable quantity: the law provides that a registered patient can grow up to twelve marijuana plants in an “enclosed, locked facility,” which is defined as “a closet, room, or other enclosed area.”


So, what with six plus six equalling twelve, this all seems pretty unambiguous, doesn’t it?


When Larry King, who was charged with two counts of ‘manufacturing marijuana’ for which he was bound over, he followed due process and the trial court dismissed the charges. Brilliant!

Larry King is a 55-year-old Owosso resident who suffers from severe and chronic back pain. He was issued a medical marijuana card in 2009 by the Michigan Department of Community Health after being examined and approved by a doctor. As permitted under the law, King grew 12 marijuana plants for his own medical use. 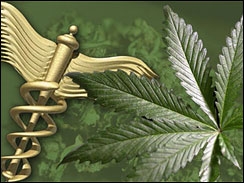 On May 13, 2009 police officers received an anonymous tip that there was marijuana growing in Larry King’s backyard. They pulled into a driveway next door and through binoculars observed plants growing in a dog kennel.


Police knocked on King’s door and asked if he had medical marijuana growing; Mr King confirmed that he did and produced his State-issued registration card.


Trooper Brian Fox asked if there were more plants growing inside the house; King replied in the affirmative, but told the police they would have to obtain a warrant to search the house. The warrant was obtained and police found six growing plants inside a closet. Fox said there was no door knob on the back door of the house, and no lock on the closet; he did not notice whether there was a board near the back door which could have been used to secure the door.


At the conclusion of the proofs at the examination, King moved to dismiss the charges, on the grounds that as a registered patient he was permitted to grow up to twelve plants and was immune from prosecution under. The district court denied the motion and bound Mr King over.


In circuit court, King moved to quash the Information and raised a challenge to the search warrant. He also filed a motion to dismiss and asserted the affirmative defense. The prosecutor argued that Defendant could not assert the MMMA defense, because the marijuana was not kept in an enclosed, locked area pursuant to MCL 333.26424(a).


The circuit judge issued an opinion and order on September 30, 2009. The court held that probable cause was lacking for issuance of the warrant, but that the evidence was not subject to suppression, because the officers relied on the warrant in good faith. The court found that Defendant had complied with § 4 of the MMMA and was entitled to the presumption that he was engaged in the use of medical marijuana, and therefore the marijuana should not have been seized. The court also found that Defendant was entitled to raise the separate affirmative defense. The court granted Defendant’s motion and dismissed the charges.


Then it all went pear-shaped: 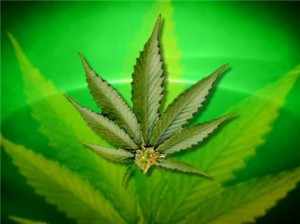 Without acknowledging the People v. Redden precedent, the Court of Appeals, under Judge Henry Saad, ruled by a 2:1 majority, held that:


They held, therefore, that Mr King was not entitled to assert the affirmative defense, because he was not in compliance with § 4. The majority argument was that, as the kennel was not covered on the top and not affixed to the ground, the plants were not in an “enclosed area.” The majority also held that the marijuana growing inside the house was also not in compliance with § 4, because there was no lock on the closet door, and because “it appeared” the back door to the house was unsecured.


Judge Fitzgerald, dissenting, noted that, while the statute does not define the term ‘enclose,’ the common dictionary definitions include fencing land as a method of enclosing and, as there is no requirement in the statute that an “enclosed area” should have a top or be immovable, the locked kennel qualified as an “enclosed, locked facility.”


Judge Fitzgerald also noted that the police testimony regarding the back door of the house was equivocal and insufficient to show that the house could not be secured.


Additionally noted by the Judge was that the susceptibility of the MMMA to various interpretations should not result in the prosecution of a card-holder who was trying to comply with the Act.


“This is a case involving an individual who went through the necessary procedure to become a qualifying patient who has been issued a valid registry identification card. The MMMA’s susceptibility to multiple interpretations should not result in the use of the act as a sword, rather than a shield, under the circumstances of this case.”


The Court of Appeals decision is in conflict with controlling Court of Appeals precedent and with the plain language of the MMA. The opinion erroneously conflates two distinct statutory provisions and grafts the requirements for the immunity of MCL 333.26424 for registered patients onto the distinct affirmative defense of MCL 333.26428 available to both registered and unregistered patients. The Defendant independently satisfied the criteria of each statute.


If the appeal is accepted, it will be the first time the Michigan Supreme Court weighs in on the Michigan Medical Marihuana Act.


“The criminal prosecution of Larry King is a gross injustice,” said Dan Korobkin, ACLU of Michigan staff attorney. “Larry is a law-abiding citizen who followed all the rules. The overwhelming majority of Michigan voters approved the Medical Marijuana Act to protect people like Larry from criminal punishment.”


Mr King is being represented by: