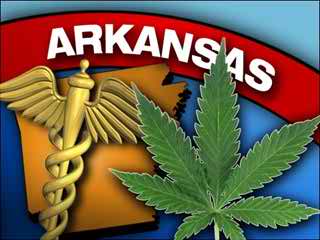 The push to legalize marijuana in Arkansas was a totally different experience from that of the other states. Unlike the other states that recently legalized medical marijuana, Arkansas had two measures, issue 6 and issue 7. Issue 7 was an initiated state statue known as the Arkansas Medical Cannabis Art whereas Issue 6, its competitor, was an initiated constitutional amendment known as the Arkansas Medical Marijuana Amendment.

Arkansas for Compassionate Care the group that sponsored issue 5 led the campaign in support of Issue 7. Issue 5 was in 2012 and if voted a yes, it would have legalized medical marijuana then. The issue was defeated in the 2012 ballot with 51.44 percent voting “no” and 48.56 percent voting “yes.”

Since the issue 7 measure was a statute, the Arkansas Legislature would have been permitted to make medical marijuana illegal again with a two-thirds supermajority vote in each legislative chamber. In the end, the Arkansas Supreme Court struck Issue 7 from the ballot in Benca V. Martin on October 27, 2016, on the basis of invalid signatures.

The advantage issue 6 had on 7 is that it was an amendment and so it prohibited the Arkansas Legislature from making marijuana illegal again without voter approval hence its approval. On November 8th, the citizens of Arkansas voted for the legitimization of medical marijuana.

Prior to the October 27, 2016, Arkansas Supremacy Court ruling in Benca v. Martin that struck Issue 7 from the ballot, there were two initiatives designed to legalize medical marijuana on the Arkansas ballot. There were a number of differences between these two issues but one difference in particular led major sponsors to propose separate initiatives.

It was the “grow-your-own” provision in Issue 7 which would have allowed some patients to grow marijuana at home for medical use which Issue 6 did not have. The major reason why Issue 5 failed was because of the grow your own provision. It is for this reason that David Couch, sponsor of Issue 6, decided to leave it out of this particular provision.

Medical marijuana can also be given to a patient with any other medical condition or its treatment approved by the Arkansas Department of Health.

It is the hope and strong belief in the medical benefits of marijuana that kept the people of Arkansas hopeful that one day it will be legal in the state. Now that it is, patients suffering from a range of conditions can now access medical marijuana to help relieve their pain and alleviate symptoms.

Although still considered illegal in the eyes of the Federal government, in December 2014, the U.S. Congress passed a low that prohibited federal agents from raiding medical marijuana growers in the states where medical marijuana is legal. This allows states like Arkansas to effectively administer it to the patients on need.