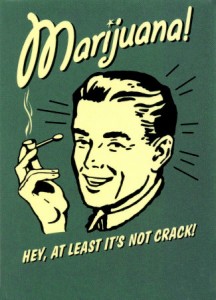 Cannabis for medical use was approved in Maryland May 22. 2003 and became effective on October 1, 2003 via Senate Bill 502/House Bill 702. This law requires the court to consider a defendant’s use of medical marijuana to be a mitigating factor in marijuana-related state prosecution. If the patient, post-arrest, successfully makes the case at trial that his or her use of marijuana is one of medical necessity, then the maximum penalty allowed by law would be a $100 fine.

Since Maryland only provides an affirmative defense in court for medical marijuana patients, there is no real process for becoming a patient other than receiving a valid doctor’s recommendation. Therefore, there is no registration fee, identification card, or list of eligible medical conditions provided. Additionally, Maryland’s medical marijuana law does not state what is considered to be valid written documentation to prove eligibility, or how to find a physician to recommend medical marijuana.

Possession: patients may possess less than 1 ounce of marijuana with a doctor’s recommendation.  No additional provisions are given concerning the consumption of marijuana for medical reasons.

Cultivation: There are no provisions for the growing of marijuana.

No mention of caregivers is made.

Paraphernalia associated with medical use

Maryland’s medical marijuana law states that: “if the court finds that the person used or possessed drug paraphernalia related to marijuana because of medical necessity, the maximum penalty that the court may impose on the person is a fine not exceeding $100.”

medical marijuana legislation in Maryland has been approved