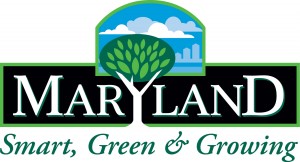 On Monday, Maryland approved a measure that would allow medical treatment centers to accept medical marijuana as a method of treatment. Yes, you read that correctly and yes, Johns Hopkins Hospital is one of the centers that will seriously be looking into it, as well as the Sinai Hospital in Baltimore. The state Senate was in favor of the measure. Gov. O’Malley will most likely be signing this measure since it has passed the Senate already. In fact, he believes in the Senate so much that he doesn’t even feel that obligated to read it before he signs it. His greatest concern was his fear that state employees who implement the measure will be prosecuted in compliance with the federal law which states that marijuana is still a Schedule I drug, like heroin for example. Even Joshua Sharfstein from the Maryland Department of Health and Mental Hygiene, who wasn’t that in favor of the bill last year, said how he would support the bill this time since provisions are now an integral part of it.

Sen. David Brinkley is on the same page as we are. The concerns over the clash between federal and state laws are a problem that is constantly hanging over our heads and if we don’t do something about it – it won’t just go away. However, despite that possible outburst of legal loopholes, over a dozen other states, which have legalized medical marijuana; have moved forward with it, regardless of the federal law. This might backfire as it did with California, but let’s hope it won’t and let’s hope that the federal government wills acknowledge the fact that marijuana is simply not a Schedule I drug but a medicine that could help many with their pain and heal even more from their ailments.

Dan Morhaim is an emergency room physician who also happens to be a Baltimore Democrat from Baltimore. He has been pushing to legalize medical marijuana for the last couple of years as he has seen firsthand what pain can do to a human being. He has also confirmed that the program would be heavily supervised by the treatment centers where it implemented. Even though we have already written how Maryland’s program will face extremely strict regulations and won’t be up and running for at least another year or so; in the light of this new measure it seems that some of the hospitals like the ones mentioned above will be looking into the matter again and hopefully some of them will implement it. We guess that people who have first contact with patients will be the doctors and if they don’t know what’s best for their patients – then nobody does. However, it is vital to emphasize that neither Sinai Hospital nor Johns Hopkins were inclined to take this road without the measure being implemented and who could blame them? It’s obvious they need some kind of guidelines how to react to the new medical marijuana possibilities.

Some medical marijuana advocates are not all that happy with the bill since they believe it is just a small step in the right direction, unlike fully blown marijuana legalization. Personally, we are more up for small steps than giant leaps with a hefty amount of loopholes in them so Maryland, do take your time to implement these measures properly. In the meantime, it is up to the medical centers to determine who is eligible for a medical marijuana program. 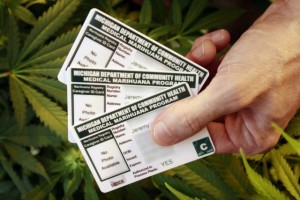