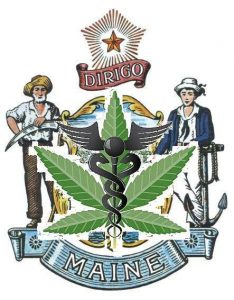 The act removed state-level criminal penalties on the use, possession and cultivation of marijuana by patients who possess an oral or written “professional opinion” from their physician that he or she “might benefit from the medical use of marijuana.”

The law does not establish a state-run patient registry.

Conditions Approved for Use of Medical Marijuana in Maine

Possession: patients or their primary caregivers may legally possess no more than one-and-a-quarter (1.25) ounces of usable marijuana,

Cultivation: patients or their primary caregivers may legally cultivate no more than six marijuana plants, of which no more than three may be mature.

Those patients who possess greater amounts of marijuana than allowed by law are afforded a “simple defense” to a charge of marijuana possession.

The bill was amended in Senate Bill 611 which became effect on April 2, 2002.  This amendment increased the legal amount of useable marijuana a person may possess to two-and-a-half (2.5) ounces of usable marijuana.

A further Amendment, approved on November 3, 2009 by 59% of voters updated the approved list of conditions to:

This amendment also instructs the Department of Health and Human Services to establish a registry identification program for patients and caregivers and stipulates provisions for the operation of nonprofit dispensaries.

Full details on how to get a medical marijuana card in Maine.


Back to Medical Marijuana state laws 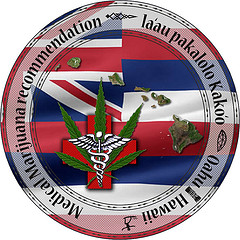