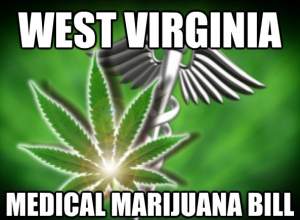 One thing has to be set in stone – the U.S. are adamant in legalizing medical marijuana, there is no doubt about it. That fact is evident with numerous states that have tried to legalize medical marijuana over and over again. Some of them succeeded in their effort, some failed. One of the states that have tried at least three times is West Virginia. But now they are at it again and we have to applaud that effort.

This time they have three republicans cosponsoring the bill and we all know that when you have the republicans on your side – anything can happen. A public hearing regarding the subject matter has been held just recently and main issues regarding the legalization of medical marijuana were addressed. The hearing was extremely interesting since it emphasized most of the problems that arise with legalization and offered precise solutions how solve them.

The hearing started with a presentation on how almost half the U.S. now supports the legalization of marijuana for medical purposes. Still, the federal government still classifies it with heroin so there’s always that cloud looming over our heads. The classification itself shows that a drug such as marijuana has the potential to be heavily abused and as such presents a significant danger to the community.

Luckily, humans should posses a certain amount of self-control and its getting tiresome hearing how marijuana is a gateway drug. It would be more reasonable to say that people who abuse anything have issues on their own and if it wasn’t for marijuana – they would probably be downing prescription drugs. But you wont hear that at a hearing, that’s for sure.

Fortunately, Matt Simon, a MPP Analyst, talked about pretty much everything that has been bugging the American public regarding marijuana use. First of all, we have to make it clear again: those who would benefit from this bill are those who need medical marijuana the most – the patients. They want to be able to buy it and use it without spending the night behind bars.

Furthermore, West Virginia now has the chance to learn from Montana, California and New Hampshire. Nobody wants to witness the same mistakes over and over again and we know how those three states heavily failed to provide a safe environment for their medical marijuana patients. Simon then addressed the fear of medical marijuana usage going up if it was legalized. He emphasized that pretty much all states that have legalized medical marijuana have either seen a decline of recreational use or stagnation. Either way, its not going to set the community back for a hundred years and it sure as hell wont boost recreational consumption.

Finally, he addressed the benefits of tax revenue that could be used towards education and rehabilitation of heavy drug users. He concluded his speech by mentioning Dr. Sanjay Gupta’s newly expressed opinion on medical marijuana and said that the research being conducted in Israel is revolutionary. We can only hope the U.S. will be able to measure up soon.