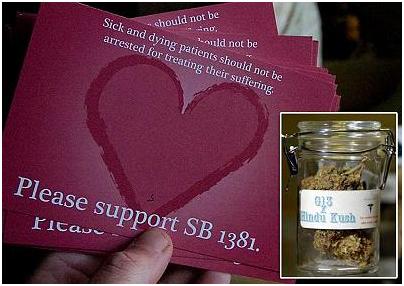 In Illinois earlier this year the legislature adjourned before a vote was taken on Senate Bill 1381, the Compassionate Use of Medical Cannabis Pilot Program Act; however, the bill can still be called for a vote during the November veto session, or in January 2011.


The bill’s ponsor, State Representative Lou Lang, says some people, for instance those receiving chemotherapy, should be allowed the pain relief they can only get from medical marijuana. Law enforcement officers, such as Chris Endress, Director of QCMEG, feel differently however and worry that legalizing cannabis will just mean that more ends up on the streets; he says, “If you can yield a $1000 to $5000 profit tax free, per plant, what’s going to stop someone from growing more than they are allowed to and selling it on the street?” He also believes that legalizing cannabis strips away employees’ rights for a drug free workplace.