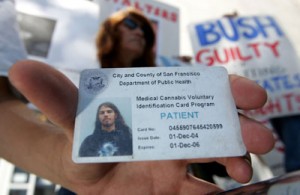 To say that many clinics these days operate solely because of money would be correct. In fact, in a capitalistic society, any venture, no matter how humanistic it is, has to make money in order to stay alive. That starts being a problem when people who run the show become completely blinded by money. Such is the case with a couple of clinics in Washington, who decided it would be a pretty good idea to hand out medical marijuana recommendations based on very little information and no actual medical documentation.

The law is pretty clear

Today, marijuana is legalized in Washington for both medicinal and recreational purposes. In fact, its residents are now at a point where they are allowed to obtain marijuana but they cant really do it at the moment since it hasn’t yet been decided how it should be regulated or whether it should be taxed. If its going to be taxed, will they only tax marijuana for medicinal use or will they tax marijuana for recreational use as well? If you’re a recreational user, it is OK for you to have up to an ounce of pot in your possession. However, if you are using it for medicinal purposes then you are allowed to hold a pound and a half of marijuana.

According to the medical marijuana law, a patient is only eligible for a medical marijuana recommendation if he or she is suffering from a debilitating or terminal condition that cannot be treated otherwise; i.e. cancer. And while all that sounds pretty clear on paper, a number of clinics took it upon themselves to tell which condition is debilitating and which is not. The problem was nobody was there to control it and now when the dust has somewhat settled and marijuana is becoming widely accepted, a couple of medical professional came out and told a few stories on how some of the clinics abused their rights.

One of the reporters who investigated the case went to three different clinics in Seattle in order to check if the stories were true. In the first clinic, he simply filled out a questionnaire and claimed he had an occasional headache. After that he had a Skype session with an authorized employee from Hawaii who, after barely three minutes, established he was suffering from a severe debilitating condition and was granted a recommendation instantly. At another clinic, he actually had a nice 10-minute conversation with a courteous physician who concluded the same thing and handed him a recommendation, without having any knowledge of his medical history.

Money got in the way

All those clinics are solely driven by money, some even offering a renewal of the recommendation for a certain fee and most of them don’t even care if you show up or not. You can ask for a renewal online and it will be provided to you for the price of $139 a year. One of the clinics discussed in this article is South Sound Medicine and judging by the words of their former employees, they actually encouraged them to give out as many recommendations as they possibly can because they would get financially reimbursed for each one.