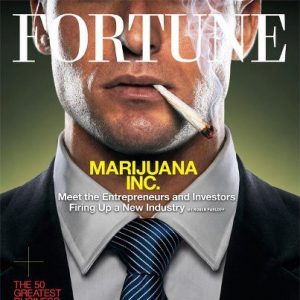 When we recap some of the events that have happened during the last year and a half, we realize that there are now 18 states that have legalized medical marijuana and two other states that allow recreational use as well. That information alone is flabbergasting. However, the actual medical research that revolves around marijuana somehow remains scarce.

Marijuana originated in India, moved to China some 6,000 years ago and arrived on the U.S. soil somewhere around the 19th century. At that time, marijuana’s medicinal value was highly recognized in the pharmaceutical circles. It was an integral part in more than a hundred medications.

Of course, during all that prohibition madness, cannabis was illegalized in 1937, under the guise of the Marijuana Tax Act. That was the beginning of a long struggle for marijuana, a struggle that is not even halfway there at this point. At the time it was pronounced dangerous, the FBI was making videos about the catastrophic effects marijuana has on the consumer, often resulting in pure uncontrollable violence.

Luckily, we don’t live in that world anymore and despite very few scientifically recognized medical marijuana studies, it seems that we really do know a lot more than we did before. However, there is much more to be found. For now, we know that the two main components of marijuana are THC and CBD. THC gets you high, relaxes you and stimulates your appetite. At the same time, it also has a psychoactive effect since; after all, this is a psychoactive compound.

CBD, on the other hand, does not make you high. However, what it can do is stop cancer from metastasizing, kill only the bad cells without harming the good ones, reduce the invasiveness of cancer and has proved to be a great ally in fighting Alzheimer’s disease. This was all concluded in a study conducted by Sean D. McAllister and Pierre Desprez for California Pacific Medical Center.

Regardless of whether you are using a vaporizer or smoking a joint, the medical effects and the high itself are exactly the same. However, with a vaporizer you can get rid of tobacco entirely, so that’s one cancer less to worry about from the start. However, if you really want to get the best out of the plant without having to carry the whole plant around with you – we suggest you try out marijuana oil, which was made without using alcohol as a solvent.  OR, try juicing it and keep all its ingredients in tiptop condition. It’s the best thing currently out there. Thousands of testimonials can definitely prove that for you.

The demand for cannabinoid products is higher than ever and is definitely something to look forward to in the future. Even though the U.S. is not exactly famous for its amount of research on medical marijuana, Europe is really doing the best it can. For instance, we have already written about Tikun Olam, a company based in Israel which has developed a strain of marijuana called Avidekel that contains only 1% THC and 16% CBD.

CBD still isn’t a priority for most medical marijuana users even though its effects far outweigh those of THC. That’s why you wont see a lot of CBD only products in the dispensaries. The reality is, people still like to get high and will most likely be combining all of the effects of marijuana in the future, not just the ones provided by CDB. Either way, we are looking forward to all those edibles, oils and vaporizers that are about to be invented.