Cannabis for medical use was approved in Colorado by 54% of voters and became legal on June 1, 2001.

The act removed state-level criminal penalties on the use, possession and cultivation of marijuana by patients who possess written documentation from their physician affirming that he or she suffers from a debilitating condition and advising that they “might benefit from the medical use of marijuana.” (Patients must possess this documentation prior to an arrest.)

Conditions Approved for Use of Medical Marijuana in Colorado

Full details on how to get a medical marijuana card in Colorado.

Amendment 64 was passed in Colorado on November 6th, 2012 taking almost 55% of the vote. This makes Colorado, along with Washington, the first U.S. state to legalize and tax cannabis for recreational purposes.

Amendment 64 allows people who are over 21 to possess up to an ounce of marijuana, over 21s will also be allowed to cultivate a maximum of 6 plants in their homes. There is also provision for a system of regulated marijuana retail stores at which marijuana could be sold which would be under a separate system from existing medical marijuana dispensaries.

It is important to note that the law cannot take effect until the Governor, John Hickenlooper, issues a proclamation certifying the vote. It is unsure when this will happen, although by law it doesn’t need to happen until January 5th 2013. Until that time it remains illegal to possess or grow cannabis in Colorado outside of the existing medical marijuana system.

Medical Marijuana card holders in Colorado remain unaffected by this legislation but are watching the situation with interest. 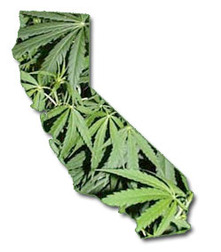