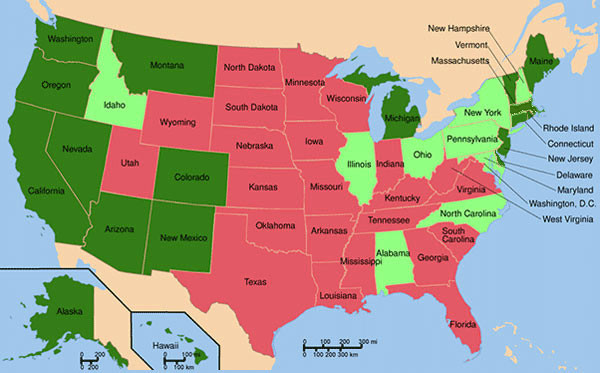 As promised, today we begin our series of in depth articles about the legalization of medical marijuana state-by-state.  There are now 29 states plus DC where use of cannabis for medical reasons has been approved for qualified patients and fifteen more states with pending legislation or ballot measures.

Some of these are shown in the map above but the situation is rapidly changing.   As the list of articles is updated, a click on the relevant link in the list below will take you straight to the information for that particular state.

29 States where Medical Marijuana is Legal

States where Medical Marijuana is ILegal

Please join in the discussion on medical marijuana state laws at our forum.