Arkansas has the Marijuana Jailhouse Blues 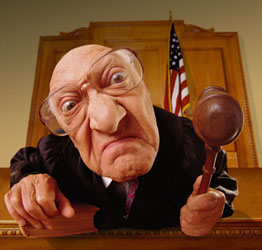 While soaring prison populations have been plaguing states all around the country, the problem is of epidemic proportions in Arkansas, where the criminal justice system appears ready to collapse under its own weight. In one county, jails are packed to double, even triple, capacity while 773 outstanding warrants cannot be served because of a lack of available space.

To clarify the situation, the use, sale and possession of cannabis (marijuana) in the United States is illegal under federal law, despite the fact that some states have created exemptions for medical cannabis use.

Since 1993 there have been over 8 million cannabis arrests, 88% of them for possession and not for growing or supplying the drug.  That works out to one cannabis arrest every 40 seconds.

Back to Arkansas:  the single biggest category of crime for which inmates are in prison – one that scarcely existed three decades ago are drug charges.  One in five state inmates (21.4 percent) today is serving time on some sort of drug charge. This is not helped by the fact that in Arkansas the second offense for simple possession of marijuana is a felony. Senator Bill Pritchard of Elkins, the Senate minority whip, thinks it’s time to change that, though he admitted that a bill he introduced last session to make marijuana possession a felony only after the fourth arrest, so that it “mirrored” the state’s felony DWI law, was the “baddest-beat bill of the session.”

As a speaker at the same meeting said, “We’re going to have to sort out the folks we’re just mad at from the ones we’re afraid of.”