Cannabis for medical use 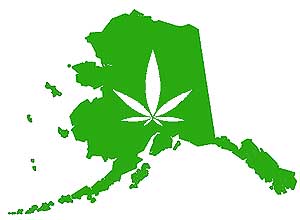 was approved in Alaska by 58% of voters on November 3, 1998.  Medical use of cannabis became legal April, 1999. Patients in possession of written documentation from their physician, stating that they “might benefit from the medical use of marijuana” are exempt for state-level criminal penalties governing the use, possession and cultivation of marijuana.


All patients seeking legal protection under this act should enroll in the state patient registry and possess a valid identification card.

Patients not enrolled in the registry will not be able to argue the “affirmative defense of medical necessity” if they are arrested on marijuana charges.

Full details of how to get a medical marijuana card in Alaska.

Please contact us if you know of any marijuana doctors or dispensaries in Alaska.