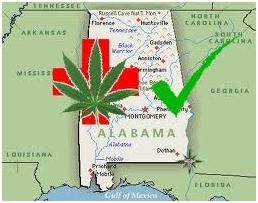 In Alabama, possession of marijuana is a Class A Misdemeanor criminal offense punishable by a maximum sentence of one year in jail and a fine of up to $6,000.


Get caught a second time and minor marijuana possession becomes a Class C felony, carrying with it the possibility of a maximum 10 years imprisonment – but not less than one year and a day. The maximum fine for a second offense rises to $15,000. For possession of any amount over one kilogram, the crime is a felony, punishable by 1 – 10 years in prison and a fine of up to $15,000.


If you sell, grow or manufacture cannabis products in Alabama you are classed as a ‘trafficker of cannabis,’ which is a felony offense. The penalties are:


Earlier this year (2010), Bill HB207 won a legislative committee vote; the Michael Phillips Compassionate Care Act was approved (but not passed) by the House Judiciary Committee back in April.


Michael Phillips, for whom the bill is named, was attending the Drug Policy Alliance conference in New Orleans when he died aged just 38. Phillips, who had a brain tumor that caused him to suffer frequent seizures, was a passionate fighter for the legalization of medical marijuana.


Bill HB207 would allow patients suffering from cancer or other serious medical conditions to possess up to 2.5 oz of marijuana and to cultivate their own cannabis if they wish. Licensed marijuana dispensaries would be set up where patients in possession of a state-issued identification card could get their medicine.


A revised bill will go before the legislature next (2011) session. 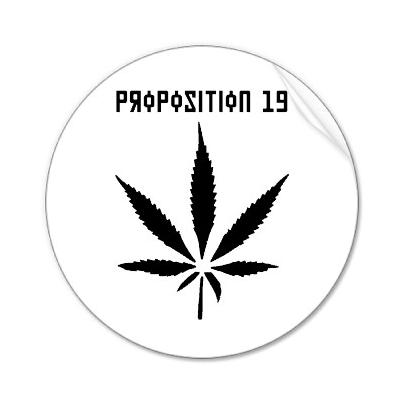