The hijacking of Medical Weed 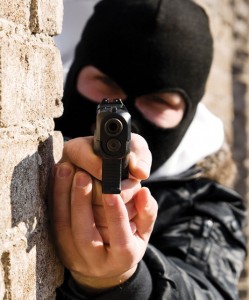 I read a very thought provoking article this morning by Tom Elias, a self-styled ‘opinion columnist.’ Whatever he calls himself, he certainly got the old grey cells moving.

Discussing the recent rash of medical-marijuana profiteers alleged by four US attorneys in the Sunshine State, Elias tells the story of an unsavory character demanding money with menaces in a Los Angeles fast food outlet:

The muscular young man with greasy hair, tattered clothing and a menacing demeanor sauntered into a Los Angeles fast-food emporium the other day, his breath reeking of liquor and his demands very frank.


“Give me some money,” he demanded of a customer waiting for a breakfast burrito.


“Not on your life, smelling the way you do,” replied his intended mark. “No way am I paying for you to buy more booze.”


“That’s not what I want,” the young man scoffed. “I need my medical marijuana.”


“You expect me to buy your weed?” the fast-food customer replied, incredulous at the young man’s frankness.

“Look,” the younger man sneered in an aside to a woman standing one cash register over. “This guy don’t smoke no pot. Can you believe that?”

It is no longer difficult to obtain a doctor’s recommendation for medical cannabis; you can even obtain the recommendation you need in some of the authorized dispensaries. In fact, getting a medical marijuana recommendation is easier than getting a script for some legal drugs. In response to this farcical situation, the California Medical Association has called for across-the-board legalization and regulation of weed and dealing with it in the same way as alcohol or prescription drugs.

San Francisco prosecutor, Melinda Haag, believes the California Compassionate Use Act has been hijacked by profiteers, those motivated by money rather than compassion. She says, “We want to put to rest the notion that large marijuana businesses can shelter themselves under state law.”

Whether or not you subscribe to the ‘hijacking’ judgment, it has to be said that something is needed to cut through the current confusion.