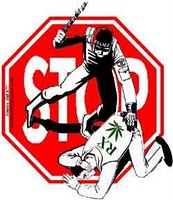 A meeting of the San Diego Medical Marijuana Task Force was held yesterday to discuss the Attorney General’s guidelines.  The following objections were raised by police:
Chief Solis and Captain McDonald attended and were the sole action item for the MMTF today.  While both insisted that they followed the AG Guidelines, their interpretations were rather rigid.  They objected to:

They did say they would return a set of bullet points listing the things they would look for to establish that a coop is non-profit.  In return they were offered a power point presentation regarding the issue of MMJ, presented by myself, to any SDPD group that would like to learn the perspective.

The police said that cooperatives were the only legal entity.  I pointed out that 501c coops were federal and not appropriate and Mark Blumel pointed out that the State was no longer licensing coops which meant in their eyes, nothing was legal.  We discussed the Floracare case decision which found Floracare to be a legal entity though they were not a coop, but they were a collective operating cooperatively.  The police said that might be considered legal.

Various members of the task force reinforced the statements made in earlier meetings that more rigid regulation would invite cartel MJ, something that the MMJ community abhors.  I made it clear, as well as others, that we wanted to work with SDPD to make MMJ safe for neighborhoods and protect our youth.

Overall the Chief and Captain agreed that once the City Council passed the ordinances that they would follow them to the letter, regardless of their position now.