Science not Politics when Treating PTSD 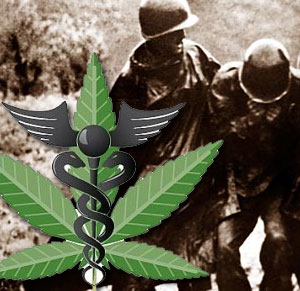 Researchers are urging the federal government to use science rather than politics when considering the effects of cannabis on Post Traumatic Stress Disorder (PTSD). The call, sparked by burgeoning rates of PTSD among soldiers returning from Iraq and Afghanistan, comes from California’s Multidisciplinary Association for Psychedelic Studies and the University Of Arizona College Of Medicine. The research team want to study the effects of cannabis on those who have failed to respond to standard treatments for PTSD. While the FDA believes the study is safe, the Department of Health and Human Services are not so forthcoming.

Dr Sue Sisley, Assistant Professor of Psychiatry and Internal Medicine at Arizona, believes PTSD should be treated by a multidisciplinary team and is concerned that the standard medical treatments, such as Zoloft and Paxil, haven’t proved up to the job. She went on to say, “We really believe science should supersede politics” citing the anecdotal evidence from vets who use cannabis that it provides systematic relief.

With vets returning from Afghanistan and Iraq PTSD levels have soared and scientists make the point that the rates of emotional trauma are much higher with these wars due to the constant threat of sudden, random violence meted out by roadside bombs. The soldiers also witnessed many more civilian deaths than in previous conflicts.

The road ahead won’t be easy: only two of the legal marijuana states class PTSD as an eligible medical condition.