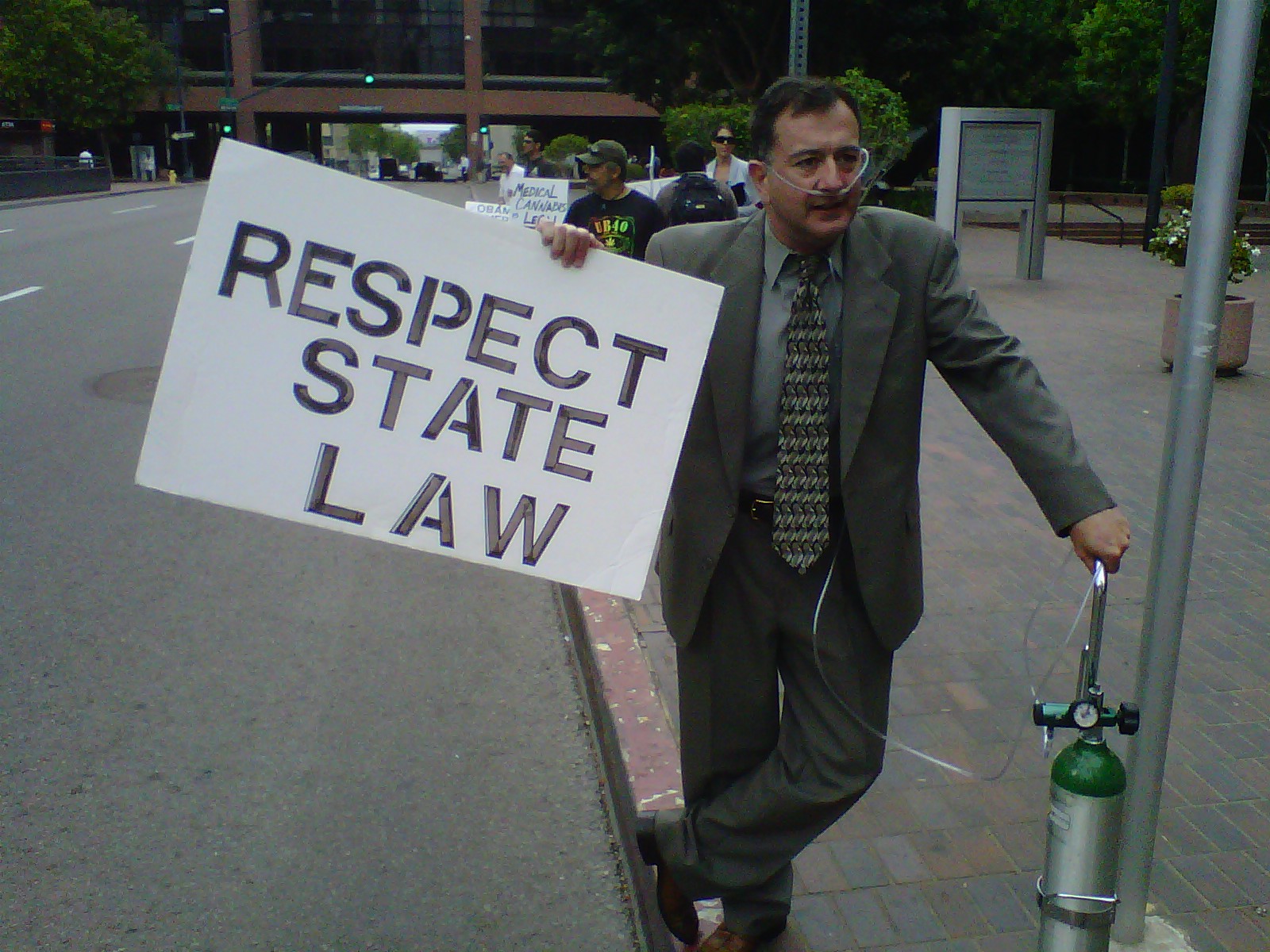 I seem to be reading (and writing) a lot about folk taking up the fight against the recent federal onslaught on Californian medical marijuana dispensaries and cooperatives.

Briana, who suffers from advanced malignant melanoma, opposed the city of Imperial Beach’s efforts to restrict medical marijuana cooperatives earlier this year, when she said,

“Before I had cancer I thought it was people just trying to get it legalized. That changed pretty much once I realized that it really did work and it was a legitimate way to get nausea to go away.”

She went on to tell how the $200 worth of nausea reducing medicine she bought provided no relief, yet one dose of medical cannabis relieves her nausea for an entire day. She described the difference cannabis makes to chemo patients as being like the difference between night and day.

Life can’t be easy for Briana, whose brother is an official for Imperial Beach city council – to make matters even more difficult, her father is a US Congressman and former mayor of Imperial Beach. Talking about the attitude of her family, Bilbray says they support her, even though they remain sceptical. Speaking yesterday, Congressman Bilbray‘s said,

“Karen and I raised our children to be strong individuals who think for themselves. I respect my daughter’s right to fight for what she believes in based on her personal experiences. We may not agree with our children on every issue, but Karen and I are very proud parents.”

“I’m supporting her 100 percent. I’m proud of her. She’s definitely taking a stand most people won’t.”

The aim of the injunction, according to attorney Matt Kumin, is to compel US Justice Department and US. attorneys “to stop threatening folks who are in compliance with state law.” More to the point, though, is the fact that the federal government’s actions violate the 9th, 10th, and 14th amendment constitutional rights.