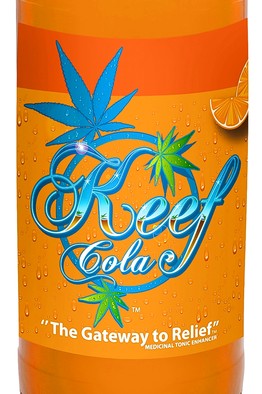 It was oh, so very close but, after three months of teasing, the US Patent and Trademark Office removed the new marijuana classification from its website.


The new trademark category: ‘Processed plant matter for medicinal purposes, namely medical marijuana,’ was originally created on April 1st of this year, when it saw what can only be described as an avalanche of applications from medical marijuana care-givers and growers eager to get their ‘special’ name registered. Strain names such as Maui Wowie and Chronic were put forward for trade-marking, a chocolatier from New Mexico wanted to trademark ‘Bhang, the original cannabis chocolate, two companies producing psychoactive beverages applied to register Keef Cola and Canna Cola; there were even applications to patent such well established marijuana strains as Albino Rhino, Purple Haze, and Acapulco Gold.


Some entrepreneurs, like marijuana dispensary owner Steve DeAngelo of Harborside Health Center, went to the expense of hiring an intellectual property lawyers. That they were disappointed with the climb-down is probably something of an understatement. Mr DeAngelo, for one, refuses to give up, saying, he is still vigorously pursuing trademark claims until awarded full protection status for his intellectual property. Expressing his disappointment, DeAngelo said, ‘it looked like a positive step to me. We don’t have many steps by the federal government legitimizing medical cannabis,’ he said.


Patent Office spokesman, Peter Pappas, implied that the category had been causing their lawyers concern for some weeks because, of course, selling weed is a federal crime, even though the sale and use of medical marijuana is legal in fourteen states. It is clear, however, that a state department cannot be seen to break federal law. In a mastery of understatement, Mr Pappas said, ‘it was a mistake and we have removed it.’


And so, the Patent Office is to revert to the pre-April policy of accepting marijuana trademark applications although there is no specific category. And there’s the problem: the office has never granted a marijuana trademark and, according to Mr. Pappas, is unlikely to do so in the future.


The argument centers around trademark eligibilities: to be eligible for a trademark, a product must be’ legal for interstate trade, not violate international trade agreements and be in ongoing commercial use.’ The patent office believe that ‘there may be issues regarding whether trademark applicants with medical marijuana products and services can establish lawful use in interstate commerce‘ but, surely, just so long as interstate trade is between legal states, there is no problem, is there?


So, will weed entrepreneurs have to wait until medical marijuana is legal in all US states before they can protect their brands? It’s likely to be a long time before we have the answer to that one.