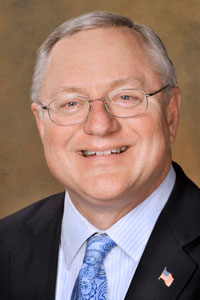 A new medical marijuana bill in Michigan looks likely to pass. The Bill, SB0017 introduced by Senator Rick Jones, seeks to prohibit marijuana bars in Michigan. Operation of such facilities would be classed as a misdemeanor and attract a $500 fine, 90 days in jail – or both.

On a more positive note, SB0017 does not include dispensaries, which are exempted under a clause stating, “property where marijuana is legally dispensed under the Michigan Medical Marijuana Act.” Licensed hospices, nursing homes and skilled nursing services are also exempt.

For the purposes of the Michigan bill, a marijuana bar is defined as:

“A property where an individual is allowed to use marijuana under the Michigan Medical Marijuana Act if the use of marijuana on the property is conditioned on the payment of a fee.”

A marijuana club is defined as:

“An association of individuals with membership restricted to those who pay money or any other thing of value to become members, the purpose of which is to allow more than one individual to use marijuana under the Michigan Medical Marijuana Act.”

Senator Jones, a Grand Ledge Republican, is in the process of assembling an informal information gathering task force. He hopes to draft further legislation by midsummer.

In support of his action, Jones said:

He was quick to add that he hasn’t yet calculated the amount of money that would be raised from such a tax.

Senator Jones says that his bill was prompted by a police raid back in May 2010. The raid was on the Green Leaf Smokers’ Club, which allowed marijuana bought on the premises to be used on the premises. Owner, Fredrick Wayne Dagit, was arrested after allegedly trying to buy 50lbs of marijuana from an undercover police officer.