Back in August of this year changes to New Mexico Medical Marijuana regulations were proposed following comments received at a public meeting. Changes have now been made and will be discussed at an open meeting in the Harold Runnels Building auditorium in Santa Fe. The meeting is scheduled for 9.30 am on December 2, 2010.

Included in the new proposals is the implementation of an annual fee for non-profit organizations producing medical marijuana. The fee would be based on how long the organization has been operating and would range from $5,000 for those producers who have held their license for less than a year, rising to $30,000 for those licensed for three years and over. Another proposed change is to allow non-profit producers to obtain marijuana plants, seed and useable cannabis from other licensed non-profit producers. 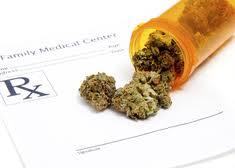