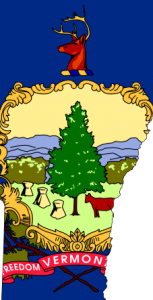 A group in Vermont wants to move marijuana off the streets and they believe the only way to do that is to legislate; unsurprisingly, law enforcement agencies disagree.

Last month, former state legislator, Daryl Pillsbury, who now sits on the Brattleboro Select Board, teamed up with writer Vidda Crochetta, also of Brattleboro, to hold a meeting of like-minded residents.

Following an ‘encouraging turnout’ the pair invited Senator Jeanette White (Windham) to contribute at a second meeting held this week.  Senator White is well qualified, having co-sponsored a number of bills related to cannabis, at one point working towards decriminalizing possession for personal use.  She believes that, as with cigarette smoking, education is a good way of encouraging sensible cannabis use and says that taxes received from legalizing medical use of marijuana could be spent on that education.

Speaking about why attempts to legally regulate the use of marijuana so often fail, Thomas Tremblay, commissioner for public safety in Vermont, said it was to do with abuse, which leads crime and subsequent neighborhood erosion.

Pillsbury, however, is convinced that many Vermont citizens believe otherwise.  His campaign commences in Windham County but he plans to roll it out across the state with time.

States where it is legal to use medical marijuana