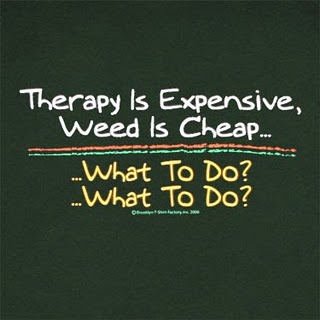 You’ll excuse me for feeling a little smug I hope, but a new study suggests that the marijuana strain used makes all the difference to its effects on the brain, something I’ve written about often and believed since I began studying this attitude-polarizing plant a few years ago. My initial belief in the importance of strain came having watched one of my sons undergo massive personality changes following a short period of cannabis use while, at the same time, his brother exhibited no such problems. It is, as far as I am concerned, plain common sense; different strains of marijuana contain different proportions of active ingredients.


Something that hasn’t been taken into account in this study is the ‘natural’ personality of the user, which I believe is of vital importance in determining the effect of cannabis on the brain. Somebody who is naturally ‘nervy’ or anxious is not going to be well served by the stimulant properties of a Sativa, whereas an Indica predominant strain might be just what that person needs…


Tall, thin Sativa plants, with their narrow, light green leaves are as opposite as it’s possible to be to the squat, dark green Indicas – and not just in looks. Users will tell you that
Indica strains are a relaxant and, therefore, effective for the treatment of conditions such as:


Sativa strains, on the other hand, are more of a stimulant and are, therefore, useful in the treatment of depression and other medical conditions characterised by low mood.


Valerie Curran, a psychopharmacologist from University College London, has just published the results of a new study (October 1, British Journal of Psychiatry), arguing that frequent/regular cannabis users should be encouraged away from skunk-type strains with their high THC levels and steered towards strains that are higher in cannabidiol. She goes on to suggest that an in-depth study of cannabidiol could help us to understand the mechanics of memory and be used to formulate medications to help in memory-deficit disorders.


THC and Cannnabidiol are the two major chemical components of marijuana, whatever the strain; however, different strains contain these essences in different ratios. THC is a euphoria-causing substance, responsible for the buzz as well as anxiety and paranoia. Cannabidiol is a far gentler chemical that has calming effects on the brain. Brain scans have now shown that cannabidiol can actually block some of the nastier effects of THC2.


There’s been a lot of bad press surrounding skunk in recent years and, whether valid or not, serious concerns have been expressed that aggressive plant breeding is leading to the very real rise in cognitive-impairment seen in young cannabis users. Curran wanted to find out if there was any foundation to these concerns and to test the theory that it is the increased ratio of THC to cannabidiol that causes these psychological problems.


The researchers went to the homes of 134 young cannabis users who had their own supply of marijuana. The subjects underwent tests measuring their levels of anxiety, memory recall and verbal fluency both before and after cannabis use. The weed was then taken back to the laboratory and analysed for its THC and cannabidiol content.


Samples were split into groups of high and low cannabidiol content (more than 0.75% cannabidiol and less than 0.14% respectively) and then the data was filtered to ensure that THC levels were constant. On analysis it quickly became clear that subjects using the low cannabidiol weed were significantly worse at recalling text than they were when not intoxicated. Those who smoked cannabis high in cannabidiol showed no such impairment.


These results, says Curran, suggest that cannabidiol can block THC’s interference with memory formation. This is the first study in human to show such effects. One previous study, led by Aaron Ilan, a cognitive neuroscientist at the San Francisco Brain Research Institute in California, failed to find variations in cognitive effects with varying concentrations of cannabidiol


Ilan makes the point that because the latest research was undertaken using the subjects’ own marijuana supply it makes for far better research. In the US, government policy dictates that only marijuana provided by the National Institute on Drug Abuse can be used for research and, as Ilan says, this is “is notorious for being low in THC and of poor quality.”


We’ll leave the final word to Lester Grinspoon, professor emeritus of psychiatry at Harvard Medical School in Boston, Mass., who has studied the effects of marijuana on patients since 1967. Hailing the importance of this new study, he says, “Cannabis with high cannabidiol levels will make a more appealing option for anti-pain, anti-anxiety and anti-spasm treatments, because they can be delivered without causing disconcerting euphoria.”


Surely, analysis of personality types has to come soon? 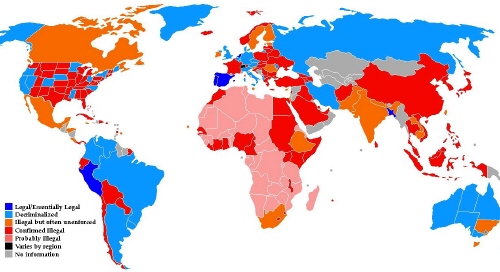