For a country that was never that big on tolerance, Israel is proving to be a pioneer in medical marijuana research. To be more precise, the country’s decision to grow medical marijuana with an extreme CBD to THC ratio is commendable to say the least. CBD (Cannabidiol) is a substance found in marijuana, which has anti-inflammatory characteristics. In fact, the effect of this particular substance is quite specific as it can be used to treat rheumatoid arthritis, liver inflammation, diabetes and heart conditions. Yet, this strain of marijuana, named Avidekel, will not get you high.

Avidekel contains about 16% CBD and less than 1% of THC. It is best suited for patients who want to reap some of the medical benefits of cannabis without getting high. Because, lets face it, when you get high, you’re probably not the most active individual in the world. And most of these patients do want to keep their active daily routine. Grown on the hilltops of Northern Israel, the crops are many and security is expectedly quite rigorous. The scent is felt throughout the compound and a sea of green spreads as far as the eye can see.

Tikun Olam at the forefront of CBD enriched cannabis

Make no mistake; marijuana is still semi-illegal in Israel. Since 1993 it has been used for medical purposes but it wasn’t until 2009 that the company Tikun Olam started to develop such a vigorous strain of cannabis specifically modified for the actual patients in need. This just proves that companies listen to the needs of medical marijuana patients and that the ongoing battle for medical marijuana is still going strong. The head of development at Tikun Olam, Zack Klein, is being perfectly honest when he says he’s not entirely sure if this is the first strain of cannabis with a such a high percentage of CBD because the industry is completely disorganized and its hard to keep track of what each company is doing.

The almost-THC-free strain is now being beta tested by patients whose initial reactions are overwhelming. All of them can now continue with their daily chores without being stoned out of their mind. Before Avidekel was available, some MM patients used to smoke mostly in the evening because of that same psychoactive effect that would sometime render them helpless and unmotivated to do anything else.

Even though this is excellent news for the medical marijuana community, the THC substance found in marijuana still contains medicinal benefits that will not fade away overnight. For instance, a study from 2006 concludes that THC is a valuable ally in battling three major diseases: Alzheimer’s, Parkinson’s and Multiple Sclerosis. It can actually reduce the formation of plaque in the brain, alleviate muscle spasms and control symptoms that arise from Parkinson’s disease.

What the future holds?

Undoubtedly, many drug companies will follow in their Tikun Olam’s footsteps. GW Pharmaceuticals, in collaboration with Bayer, is doing just that. They developed a spray called Sativex, which is used to reduce the high-as-a-kite symptoms when consuming medical marijuana. If medical companies keep listening to patients’ suggestions we may actually benefit from them for a change. 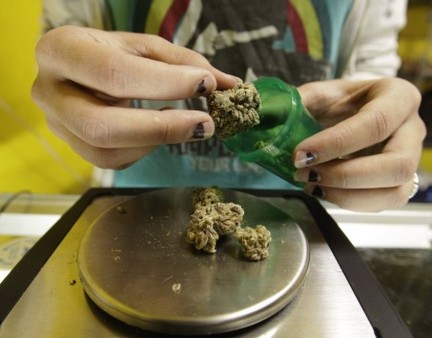