One of the quickest and easiest ways to become a millionaire right now is the pot business, and thousands are rushing to open a marijuana dispensary and cash in the pot business while they can.

Medical marijuana is gaining huge acceptance and support and is providing entrepreneurs who get in early with unprecedented opportunities. The marijuana business is in absolutely phenomenal shape and has been experiencing unprecedented growth.

Find out how to start your own dispensary.

Medical marijuana dispensaries are popping up everywhere – in Los Angeles, CA they even outnumber starbucks coffee shops. “The industry is like a horse bolting out of a stable on fire,” said Sierra Neblina, owner of the Medimar Haven dispensary and wellness center in suburban Lakewood, CO. “We need to get a hold of our own industry.”

Starting a legal marijuana business is disgustingly lucrative. The figures in this exploding new field are astronomical, the current national market for cannabis is $4 billion. By 2016, the market is expected to boom to over $14 billion. For comparison purposes, that’s a billion dollars more than the whole annual GDP of Jamaica – and it’s all from one single market. 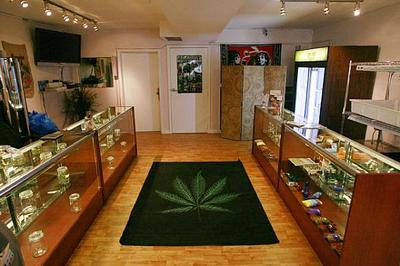 How Much Can One Expect To Profit From This Industry?

Well-run dispensaries are clearing over $100,000 a month in revenues and the best are doing several times that. Even the time needed to make that first million can be extremely short. “Our research shows that a saavy business owner can be a millionaire after taxes in less than a year,” said Charles Schaffer, the editor of one of the largest marijuana trade study journals. “That isn’t guesswork, we have found example after example where it already happened.” If there’s anything close to the equivalent of being able to create solid gold in your basement, this is it.

Find out what you need to do to open your own dispensary.

Perhaps the most profitable dispensary nationwide is the Harborside shop in Oakland, which reported close to $15 million in sales in 2008. The operator of the store, Stephen DeAngelo, says that the average marijuana dispensary grosses $3-4 million per year.

Yes, you read that right. We’ll come back to that in a second. Keep in mind however that if you’re a dispensary owner, much of those profits we talked about in the last paragraph are subject to heavy taxation. In cities like Oakland, CA, dispensary operators can pay up to 20 times more tax than regular store operators. But, according to Forbes, most owners actually demanded to pay more in taxes so they could appear as better citizens to the community they are involved in since sometimes they may not be viewed as positively as they would like.

In addition to opening a dispensary, lets not forget that the medical marijuana business is opening tons of ancillary markets. Insurance businesses, IT infrastructures, Payment processors, medical marijuana doctor recommendations and several more support businesses to the cannabis industry are also cashing in, with more than 40 new markets opening. These in themselves are also creating millionaires.
Dispensary Owners – Everyday People:

The expansion of the medical marijuana market has also shown a difference in the kind of people getting into the trade. More and more small entrepreneurs are getting into the business. Schaeffer says that “The new entrepreneurs are not the thugs and professional criminals that most would think them to be. The majority of those running the dispensaries are natural-born US citizens who are both patriotic and law-abiding. Besides the fact that they are in the marijuana trade, they are no different from you or I running any other legitimate small business. They are no different than the people you knew at your last job.”

While it may not be traded publicly on the stock market any time soon, marijuana has become a cash crop that is truly bringing in the green – and the pot business is one to keep our eyes on.

Steps to opening your own marijuana dispensary. 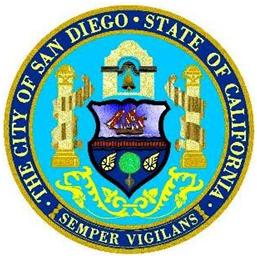