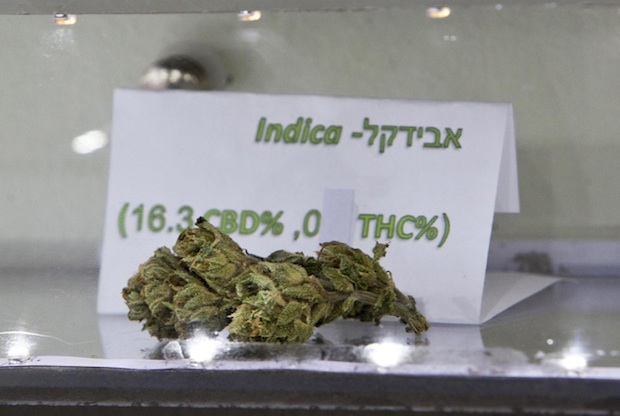 On the 6th of November 2012, Colorado and Washington state became the first two states in the USA to legalize marijuana. Although these new state laws are in defiance of federal law. Both states already had legal medical marijuana at state level.

Basically, every time somebody comes out with a con to legalize marijuana, a pro is just around the corner, and that’s fine, you need to keep things in balance. However, its also quite time consuming, time that could be spent on further research of medical marijuana, on providing a deeper understanding of medical marijuana and eventually on the widespread acceptance of this superior drug.

And that’s exactly what they are doing in Israel right now. You see, in Israel, there aren’t any interest groups who get very vocal about their stand on medical marijuana, there are no religious representatives expressing their concern on the hazards of medical marijuana. Why? Because the majority supports the research and its patients reap the benefits.

We have already written an article on Tikun Olam, a company that produced the THC-less marijuana strain called Avidekel, a strain that contains 16% CBD and less than 1% THC, a true joy for patients who wish the experience the un-stoned side of marijuana. In light of that particular product, it is evident that the country is not only liberal to marijuana but the government actually wholeheartedly supports the research on it.

Israel is investing huge amounts of money into medicine and technology and it is only reasonable to explore this drug to the largest extent possible because the constant testimonials made by medical marijuana patients form Israel simply cannot be ignored. As a consequence, Israel’s Ministry of Health is planning to provide the pharmacies with medical marijuana as early January next year. Simply put, there is no controversy on the topic of medical marijuana, only a strong desire to keep the ball rolling.

However, do bear in mind that marijuana, as a recreational drug, is still illegal in Israel. Even the number of medical marijuana patient’s can’t really be compared to the U.S. For instance, there are around 10 000 marijuana patients in Israel, while Colorado alone is home to 82 000 patients. To put things in perspective, Colorado has 5 million people while Israel is a country of a little over 8 million.

Why is Israel so far ahead?

Obviously, this enthusiasm and encouragement from the government is a result of true medical pioneering in the field of marijuana.

For instance, did you know that THC as a chemical was first isolated in Israel way back in 1964? Or there is a nursing home in Israel that provides its patients with high quality medical marijuana?

We are seeing positive signs in Israel and the USA towards the legalization of medical marijuana. Also there are other countries exploring the medical benefits of marijuana. 2013 may be the year the federal government decides to stop the raids on medical marijuana dispensaries.