The Father of Cannabis Research 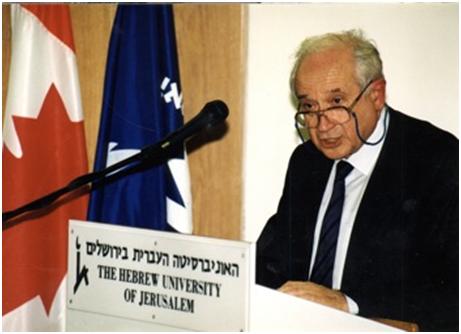 I make no apologies for copying this wonderful story wholesale from the Jewish Journal
(author Larry Derner); it is the story of the man who discovered THC who, like many Jewish elders, has a wonderful way of telling a tale.


In nearly 50 years of researching the legendary powers of marijuana, Raphael Mechoulam, an 80-year-old chemistry professor at Jerusalem’s Hebrew University, says he’s only sampled the stuff himself once. That was in 1964 at his home in Tel Aviv.


“My wife baked a cake and my research partner and I spread THC (tetrahydrocannabinol, the oily, active ingredient in cannabis) on the top. We used 10 mg of THC on each slice – too much, I think – and we and a group of friends and colleagues started eating,” says Mechoulam in his office in HU’s pharmacology labs.


Mechoulam and his partner at the time, Yehiel Gaoni, discovered THC. Until then, scientists did not know what it was in marijuana and hashish that made people high. Since that discovery, made while the pair were working at Rehovot’s Weizmann Institute of 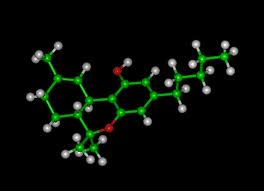 Science, the field of cannabis research has spawned thousands of medical advances, notably in the treatment of cancer patients. Early this month, cannabis researchers came from across the U.S. and Europe to Hebrew University for a scientific conference that was timed, the professor mutters, “so they could congratulate my genes for letting me stay alive until the age of 80.”


His father having been a prominent physician in Bulgaria, Mechoulam’s family dodged the Nazis and then the Communists before immigrating to Israel in 1949. He got his first taste of research – “addictive,” he calls it – in the Israeli army, where a connection, so to speak, was made that would prove invaluable to the start of his career in cannabis.


“You couldn’t buy marijuana or hashish in the store, of course, so the only way I could think of getting it was from the police. I asked the administrative head at Weizmann if he knew anybody in the police department, and he called the head of the investigative branch, who he’d served with in the army. I went to the police headquarters in Tel Aviv and walked out with a five-kilo bloc of hashish, smuggled from Lebanon, that they’d confiscated in an arrest. I carried it back with me on the bus to Rehovot, and I remember some of the passengers near me sniffing the air, and they seemed to be enjoying themselves.”


What made him choose cannabis for his life’s work? “By the 1960s, it was the only one of the three major illicit drugs, the others being opium and coca, whose chemical structure remained a mystery. The other two had been ‘solved’ many decades before.”


He applied for a grant from the U.S. National Institute of Health, but was turned down: “They said marijuana wasn’t a problem in America.” That attitude soon changed, and for the following five years or so, “most of the chemical research done on cannabis in the United States made use of the quantity of THC oil that I provide the NIH in my grant proposal.” For the 40-odd years since that initial rejection, the NIH has pitched in on the financing of Mechoulam’s work.


Over the years, cannabis researchers have discovered what dope-smokers who don’t even have a master’s degree know: The drug tends to stimulate your appetite, give you a mild feeling of euphoria, but, if taken in too large quantities for too long, causes anxiety.


Finding that the appetite-enhancement properties of THC can counteract nausea, Mechoulam’s team has developed a compound that stops vomiting in children undergoing chemotherapy. 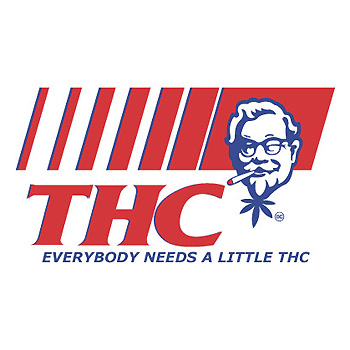 cancer department (at Hadassah Medical Center, which is connected to Hebrew University’s medical school),” he says. “Patients undergoing bone marrow transplants receive 5 mg under their tongue. When they get to that stage, they’re really depressed, anxious and in pain. They don’t see any light at the end of the tunnel. The dose of THC lifts their mood, they sleep better and all of a sudden life is not so awful.”


In Israel, possession of marijuana or hashish is illegal, but possession of THC is not. When it comes to prescribing cannabis for medical purposes, Israel is one of the world’s more liberal countries, he says.


Asked if he thinks marijuana and hashish should be legalized altogether, Mechoulam begins by saying that these substances are “much less addictive than tobacco, and even if you do become addicted after protracted use at high dosages, breaking the addiction is relatively easy.”


Still, in principle he is not enthusiastic about legalizing cannabis because he doesn’t think it’s healthy for people “to solve their problems with a crutch.” But in the end, he says each society has to decide for itself.


“Marijuana and hashish will not be legalized in Israel because this is a conservative society. But in California, where the crime attendant to dope smuggling from Mexico is so enormous, maybe the population would want to legalize it. In Utah, on the other hand, I’m sure they wouldn’t.”


Mechoulam still gets the raw material for his research from the police locker, only now it’s all done formally with permits from the Health Ministry. The octogenarian known as the “father of cannabis research” doesn’t have to ask twice. “Most of the Health Ministry officials used to be my students.” 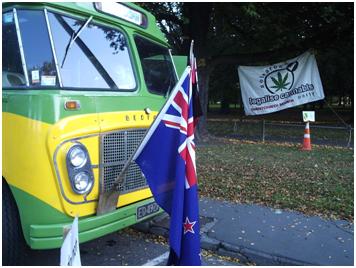