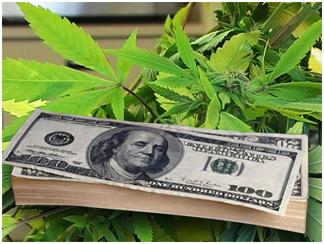 Medical marijuana isn’t just good for a whole host of medical conditions; it’s good for the economy too. Just take a look at marijuana in Colorado: so far this year Colorado State and city treasuries are reaping hundreds of thousands of dollars each month thanks to sales of medical cannabis. The total sales tax collected this year from Colorado dispensaries alone amounts to more than $2.2 million; Denver business have also paid more than that amount in sales tax, while smaller Colorado Springs has collected approximately $380,000 in local sales tax. Now, it doesn’t take a vivid imagination to picture what revenues such as that could do for the US economy – at a time when it’s sorely needed too.


In terms of cash receipts, however, the dispensaries come low down in the top-hitter lists; number one Colorado revenue creator is the restaurant trade, which brings in around $6, million per month. Nevertheless, in times of reduced budgets and tightened belts, every little helps and given that in Colorado Springs, for instance, dispensaries represent 0.5% of the city’s October sales-tax revenue and, in Denver, they brought in around 0.7% of the city’s projected $417,000,000 sales-tax revenue for this year, the marijuana industry cannot to be taken lightly in economic terms.


I could hit you with reams of economic figures about the black market and how the city and state get a piece of that as well. However, buying their medication on the black market means that patients probably won’t get the unadulterated cannabis they need to treat their, often very serious, medical conditions. In fact, marijuana from the black market is likely to do more harm than good. And, of course, black market drugs have to be taken with a huge pinch of crime too.


It seems that, very soon, local governments in all US states will have to accept that the medical marijuana industry earns its place in the economy.

In 35 US states it is illegal to use Medical Marijuana

In 35 US states it is illegal to use Medical Marijuana