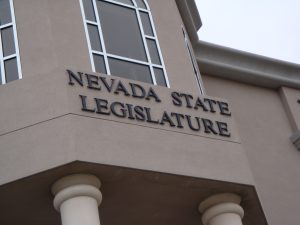 Assemblyman Paul Aizley is sponsoring a bill to amend the current medical marijuana law in Nevada, The Compassionate Access in Nevada Act of 2011.

Ten years ago approximately 380,000 Nevada voters amended the State Constitution to allow for the possession, use and supply of medical marijuana to legal patients authorized by their doctors to use it. State law was enacted to allow for possession and use but it did not provide for a method of supply to legal patients. The problem is, under current law, legal medical marijuana patients can not pay for the seeds, cuttings, plants or finished medicine and caregivers can not receive compensation for providing services and medicine due to one line in the law that says medical marijuana can not be exchanged “for consideration”. State program officials have acknowledged themselves that this is a very difficult situation.

As a medical marijuana patient and advocate, Rhonda Shade owned a medical marijuana consulting service in Las Vegas, Nevada. On September 8, 2010 her business was one of approximately 20 shops that were raided by federal and local law enforcement. After the raids she felt compelled to reach out to local, state and federal officials for clarity and support on the issue. She was able to briefly speak to Mayor Oscar Goodman, Clark County Commissioners, Congresswoman Shelley Berkley, Senator Harry Reid, and provided information to President Bill Clinton among other important officials. There was a lot of support for medical marijuana but “hands were tied” due to the way the law was written. 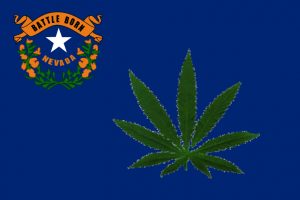 One of the officials she reached out to was Nevada State Assemblyman Paul Aizley who said if she could propose an amendment he would consider sponsoring it in this legislative session. After researching through NRS453A and identifying the amendments that would provide for safe access to legal patients, she authored The Compassionate Access in Nevada Act of 2011 which is being sponsored this legislative session in Carson City. Highlights of the bill:

1. Strikes the “for consideration” line in NRS 453A.300 1 f, so caregivers can be compensated for their services and patients can pay for the medicine doctors are recommending for them.

2. Provides for safe access by allowing legal patients to collectively and cooperatively exist under regulations set by local municipalities in a not for profit fashion, (which also creates a new revenue for our existing local and state budget crisis).

3. Adds the definition of a qualified patient, who is someone that has a doctors recommendation but does not yet hold a state issued registry card. This issue is addressed in current law but under the affirmative defense portion of the law, which means the rights of the patient are acknowledged after an arrest is made, in court. This bill brings the issue out of the affirmative defense so “qualified patient” rights are not violated and arrests can be avoided.

Medical marijuana is already legal to possess and use in this state with a doctor’s recommendation, and in the Nevada State Constitution it authorizes a method of supply. This bill does not condone illegal activity. Its purpose is to provide for safe access to legal patients, regulations for those legally providing, clarity for law enforcement and a source of new revenue for our current local and State budget crisis.

The bill starts its legislative process at the Nevada State Assembly in Carson City, Nevada with session beginning February 7, 2011.