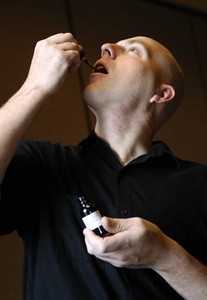 In the interests of balance and following on from our report on the move to change the medical marijuana laws in Montana, we have news that Jason Christ, founder of the Montana Caregivers Network, is in the news again.

Later this month Christ and his group will take his make-shift clinic out of Montana for the first time.  Christ says they have clinics planned in three Michigan cities – Detroit, Kalamazoo, and Lansing.  Furthermore, he reports information requests from interested parties wishing to set up similar ad hoc clinics in other states.

Although Montana seems to be the home of mobile marijuana clinics they are not unheard of elsewhere; a clinic selling cannabis laced cookies and pretzels was recently closed down in California.

As we’ve already reported, many medical marijuana patients and their supporters have accused Christ of giving the medical cannabis movement a bad name.  Certainly, with reports of the clinics ‘processing’ 150 patients in fourteen-and-a-half hours, which equates to 6 minutes per patient, there does seem to be something of the production line about Christ’s organization.  And, at $150 per consultation, Christ is obviously not running the operation for the good of his soul.

In Helena recently, Christ’s clinic saw between 200 and 300 patients who, once approved for medical marijuana and in possession of a marijuana card, can begin to use marijuana to ease their conditions. In the interests of customer care, of course, Christ’s clinic then recommends marijuana providers to the new patients.  One organization, the First Montana Grow Circle, recently signed up 15 new patients following recommendations from one of the mobile clinics.

Next month, the cannabis caravan will be visiting Kalispell, Missoula, Great Falls, Helena, Bozeman and Billings.

There is no doubt that medical marijuana cures the parts that other medications can’t reach; there is also very little doubt that some of Jason Christ’s patients are legitimate and in real need.  However, when an operation has tied up the supply chain and processes patients like products on a conveyor belt, there should be no surprise when accusations of exploitation come thick and fast.

States where it is legal to use medical marijuana 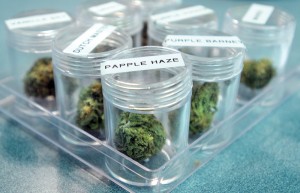