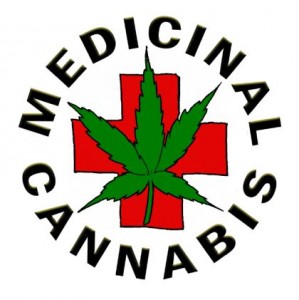 On Wednesday of this week, the University of California added a scientific underpinning to something many of us already know; in the first US clinical trials in more than 20 years, researchers found that marijuana helps relieve the pains and muscle spasms associated with multiple sclerosis and some other neurological conditions.

The study, which comprised of five state-funded clinical trials provided what UC San Diego psychiatrist, Dr Igor Grant described as ‘good evidence’ that cannabis would be an effective front-line treatment for the tingling, numbness and pain that multiple sclerosis and associated conditions cause.  These symptoms that are, to say the least, unpleasant, go under the umbrella term of neuropathy.

“We focused on illnesses where current medical treatment does not provide adequate relief or coverage of symptoms and these findings provide a strong science-based context in which policymakers and the public can begin discussing the place of cannabis in medical care.”

State Senator Mark Leno does not need convincing. Throughout the AIDS epidemic of the 1980’s, Leno noted that cannabis helped those afflicted not only with neuropathy but with a myriad other ailments.  He accuses the US Food and Drug Administration of ‘investing absolutely nothing in providing scientific data to resolve the debate’ and believes that these new results will be a basis for an approach in that direction.

The pot used in the study had to be obtained through the University of Mississippi, which has a federal government contract for cannabis to be used for scientific research.  The government does not make it easy to obtain marijuana for research.

For an example of the federal disinclination to give consent for research, one only has to look at the struggle that Lyle E Craker, a professor of plant sciences at the University of Massachusetts. Craker has been trying for nine years to get the federal authorities to authorize the cultivation of marijuana for study and clinical trials.

In the California marijuana study, volunteers were randomly assigned to receive marijuana or a placebo. It was revealed that volunteers experienced the same amount of pain reduction with low doses of THC, the psychoactive ingredient in marijuana, compared with high doses of THC. Grant also believes that evidence from the trials casts doubt on long-term negative impacts of marijuana use, although he does acknowledge that there have been no formal studies into this area.

Saying that there is no strong evidence that cannabis produces emphysema, lung cancer or permanent brain damage, Grant went on to say: ‘anything you smoke in a combustible form has potential risks, but the safety profile seems to be better for marijuana than for some other drugs like tobacco.’

The Center for Medicinal Cannabis Research reported on five of the fifteen approved studies and two more are in progress.  Sadly, despite the need for more research, the future of the Center is far from assured. Senator Leno said there is no money in the pot to continue funding the trials; apart from $400,000, all of the $8.9 million initial funding has been spent.